Photo by Dave Warner – Pete Durocher connects with a pitch for a base hit during the 2022 season.

The Perfect Game Collegiate Baseball League (PGCBL) is pleased to announce its 2022 All-League First and Second Teams. A total of 38 players were recognized for their performances during the 2022 summer campaign.

Other notable selections include outfielders Aaron Whitley (Rochester), who hit a league-high .402 for the Newark Pilots, and Pete Durocher (Manhattan) from Mohawk Valley, who paced all batters with a league-best 57 hits. Watertown third baseman Tyree Bradley (Bloomfield), who drove in PGCBL-leading 47 runs, plus Mohawk Valley’s home run king Garrett Musey (Goldey-Beacom), were also honored for their powerful swings.

The Amsterdam Mohawks, who won the 2022 PGCBL title, led all teams with nine selections. Utica and Batavia followed with five and four, respectively. Mohawk Valley, Saugerties, and Watertown were each represented with a trio of All-League picks.

In total, 13 of the league’s 16 teams placed at least one player on the 2022 PGCBL All-League Teams.

The PGCBL All-League Teams were voted on by the league’s head coaches. 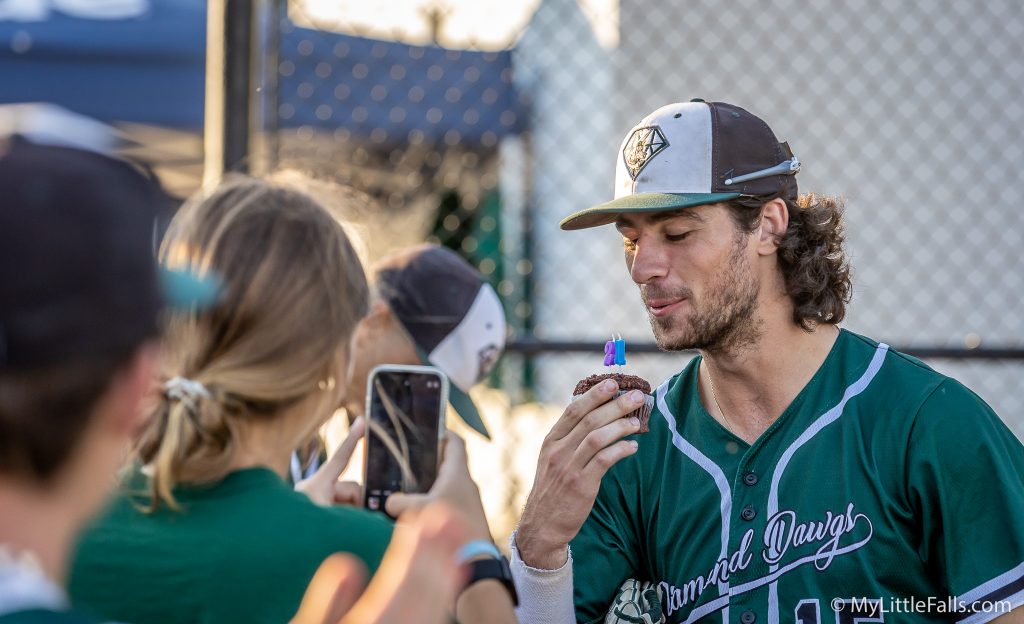 Photo by Dave Warner – Pete Durocher celebrates his birthday during the 2022 season.