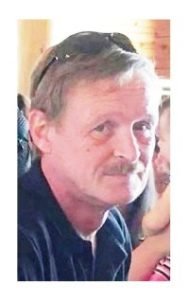 LITTLE FALLS – Alfred Orion Foster, “Orie”, age 60, a lifelong Little Falls resident, passed away peacefully, at home, on January 4th, 2022, following a brief illness, with his loving family at his side. The exceptional care given by Renee and Nathan will forever be remembered, especially the past twelve days, as well as the 24 hour a day care from his devoted wife Cheryl.

Orie was born on April 18, 1961, at Little Falls Hospital, the son of Alfred W. and Betty R. (LeGrand) Foster. He attended St. Mary’s Academy and Little Falls High School, graduating with the class of 1979. He furthered his education at Mohawk Valley Community College, where he studied electrical engineering.

Orie enlisted in the United States Army in June 1983 and served as a Strategic Microwave Radio repairer, receiving an Honorable Discharge in 1987. During this time, he was stationed at Fort Gordon, in Hepizibah, Georgia, and White Sands Missile Range, in White Sands, New Mexico. Following his discharge from military service, he was employed as a Field Supervisor Technician, at Midstate Communications, in Oriskany, for 13 years and was currently employed as a Field Technician for Cellular Communications, at T-Mobile (formerly known as OmniPoint and VoiceStream), a dedicated employee with 22 years of service.

On June 6, 1981, Orie was united in marriage to his high school sweetheart, Cheryl Jodway, in Moreland Park, with the Honorable Georgette Drake, officiating. The couple recently celebrated their 40th wedding anniversary.

Family was of the utmost importance to Orie. Spending time with his wife, children, grandchildren, and extended family was his greatest joy. In his spare time, he enjoyed cheering on his favorite football team, the Pittsburgh Steelers, while enjoying a Bud Light, as well as woodworking and remodeling his home. He was a true artisan and his work was flawless. He was always available to help anyone in need, whether it be a remodeling project or just words of wisdom. His home was the family home that he and his siblings grew up in and became the gathering place for family and friends. The door was always open.

In keeping with Orie’s wishes, there are no calling hours. A Mass of Christian Burial will be held on Wednesday, January 19, 2022, at 11 a.m., with Fr. Brian Slezak, officiating, at Holy Family Parish Church, corner of East Main & John Streets, in Little Falls. Spring interment will be at St. Mary’s Cemetery, Town of Herkimer, where he will be laid to rest in his family plot near his parents. After the Mass, a celebration will be held at the Little Falls Elks Lodge, where family and friends are invited.