Bare Arms Gun Shop in Little Falls has opened a new branch called Bare Arms Defense LLC, and they have become the newest firearms manufacturer in the Mohawk Valley.

The company officially began its manufacturing on January 1, 2022, introducing the BAD-15 as their first product. Their high-end firearms are all made with the highest quality parts, all made in the USA.

Loren Horender said “About nine years ago I decided that I wanted to start some kind of retail shop. I never had a lot of guns because I couldn’t afford them, so I decided to open a gun shop.”

Horender said that he had thought about the manufacturing side of things for years, but until he connected with Harold Potter, who worked for Remington, the idea seemed too complicated.

“It’s a lot of work to try and find out where to even buy things. Nobody talks to you unless you have a license and you don’t want to get a license until you know this information. So, it’s kind of a catch twenty-two,” stated Horender.

Potter did a lot of the leg work to find suppliers and identify the paperwork that was needed in order to get the manufacturing side of the business up and running, and Horender applied for the license a year and a half ago. “I got it immediately,” he said. “But that’s just the beginning. Then you have to find a place that’s going to make your lowers. There are only a few manufacturers in the country that make an AR lower.”

Initially, it looked like their first orders would be ready in six-eight weeks, but then Covid hit and the time frame stretched to a full year for parts.

Bare Arms Defense has the AR-15’s specially made for them with their name, the City where it’s manufactured, and a serial number. “The same company might make a lower for Smith & Wesson or Colt or any of them, but they also make them for us,” Horender stated.

He said that they’ve spent the last year sourcing and buying parts in a tough market to put their first models together. “Everything is made in the USA. There’s a lot of people that can put these things together themselves, but they don’t necessarily work that well,” said Horender.

Potter said that it was “Hard dealing with a company that knew you weren’t going to order 100,000 units. We’re not that big. It was just hard getting people to even talk with you or deal with you for such small quantities.”

Horender said that they hope to have 100-150 guns on hand, or at least have enough parts to build 150, “Whether that buy is in a week or a month, whatever the supply and demand dictates.”

He said that one of the keys to the business is being able to look ahead and gauge what parts they’ll need and when, and then with the supply chain issues, making sure that they come in when they are needed from the different manufacturers.

When discussing the weapon, Horender says “It shoots really well. There’s very little recoil. We’ve pinned down the right combination of parts from the right people that just created a nice shooting gun.”

He says that the weapon is designed for intermediate to experienced gun owners. Potter said, “They’re not priced for beginners, but for the experienced sportsman. They start at around $1,059 and go up to $1,600 for custom-built versions.”

They think that initially, there will be demand for a lot of custom versions of the weapon. “A small company building a gun can be so much better than a large manufacturer doing it. The large company is building thousands and if they can put a less expensive part in there, it adds up and they’re going to do it. For us, if the part is better and costs twenty cents more, it doesn’t matter that much,” Horender stated.

“We’re putting the better parts in because we know we’re going to get a quality product out of it,” he said.

You can find more information about the company at http://barearmscny.com/ or on Facebook. 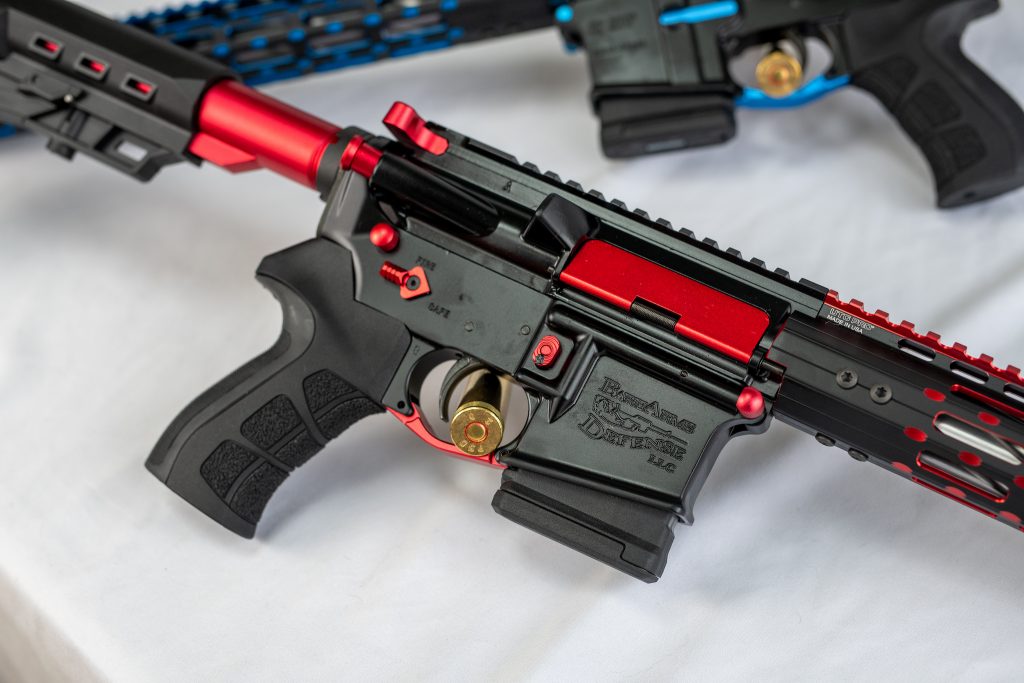