Board of Education gets update in special meeting

Work continues on the capital improvements at the Middle/High School.

The Little Falls School District got an update Wednesday night on the state of the capital project and construction going on at both locations in the City.

Dr. Keith Levatino said, “Going way back, about a year ago, I saw another school district south of us, who had to delay their school opening, way before the pandemic because its capital project wasn’t’ done on time. I’ve had this fear and anxiety of that happening since last August.”

However, he went on to say that he has been working closely with the contractors to make sure that that scenario would not be the case in Little Falls.

“The multipurpose area work will still be ongoing at the start of school. We expect that end of the building to be ready for glass on August 22nd, but that work will continue into September, so that area will probably have temporary materials in place,” he said.

They are expecting the area to be completed by October 1st. “There’s a lot to happen there yet,” stated Graham. 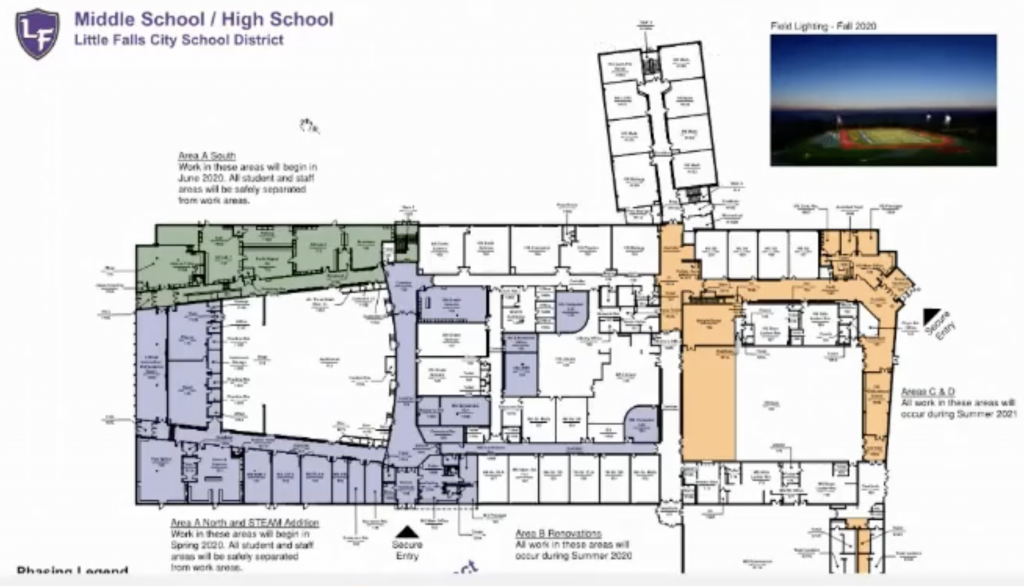 Phase II (the green area on the map) was still on track to be turned over to the district on December 21st.

The Middle School entrance is part of Area B and Graham said, “There’s quite a bit of work yet to happen here. In the last few days, the general contractor has looked at this aggressively to try to maintain their schedule.”

He said that it will be operational at a minimal level with a few components left to install. “Basically, it will be functional as intended on September 4th and those other components would be installed at later dates.”

Levatino said, “The priority is all instructional space for the kids to start on time, so whatever it takes.”

Most of the work at Benton Hall will be next year and a lot of what is going on now is mechanical work and preparation. The scaffolding is for masonry repair on the exterior and some window replacement that is going on this year. 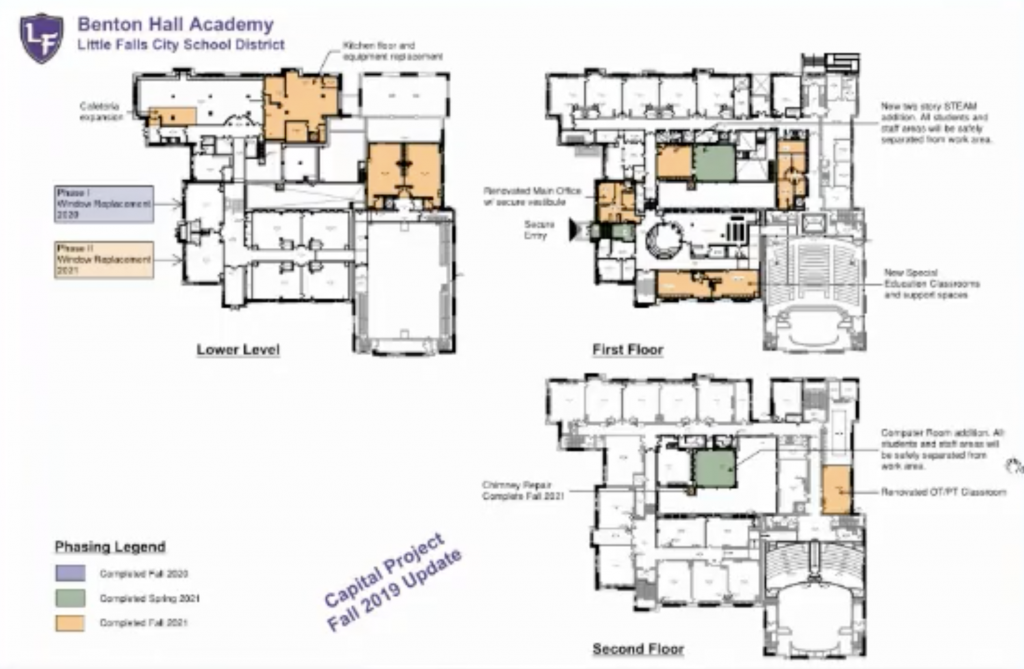 “The boiler room has been gutted out and there has been a lot of preparation for the STEAM Lab, and we’re about to receive delivery of the chiller,” said Graham.

According to Ashraf Allam, Director of Business Operations and Technology, the question that has come up from the community has been, “We started ahead of schedule and ended up slightly behind, more than slightly in some areas, so can you talk about some of the prevailing problems that got us there?”

The answer was that the COVID situation back in March was confusing until guidance came from the state as to what construction was essential. “There was a period there of unknown where we were trying to determine whether this was essential, is it not essential, can we be here,” said Graham.

Even after the final guidance from the state where they said school construction was essential, there were still certain requirements that had to be met. There were also some companies and individuals that were hesitant to come back to work, and it took a while for things to ramp back up to speed.

One final thing that was unexpected, was the discovery of some asbestos in one of the exterior walls. 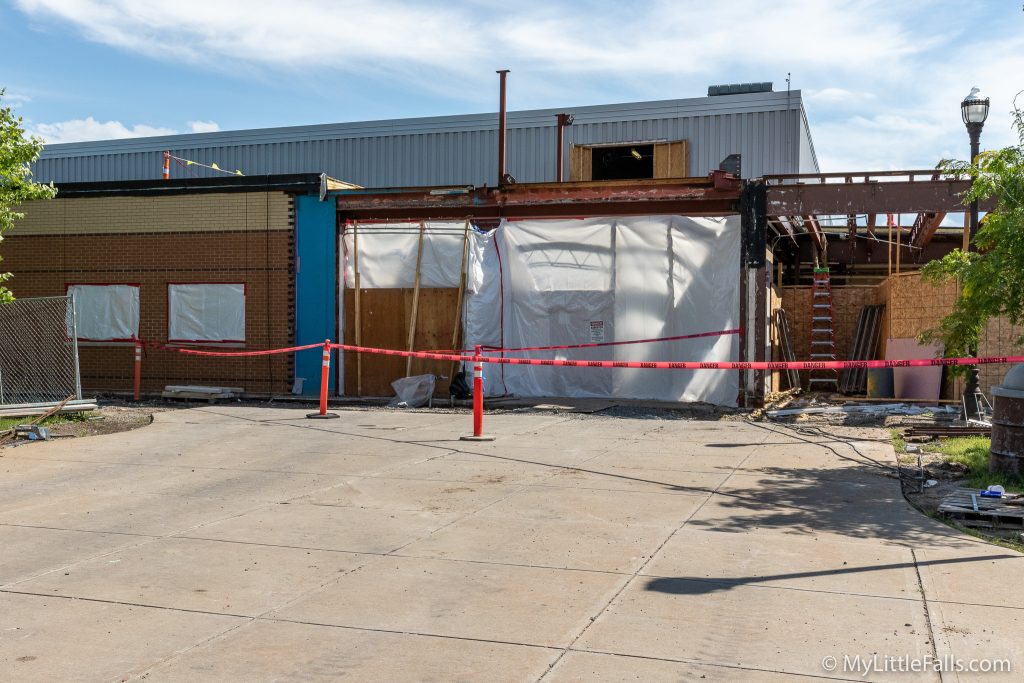 Photo by Dave Warner – Construction continues on the new entrance to the Middle School.