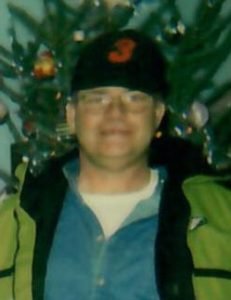 He was born on April 26, 1949, in Little Falls, New York, and was the son of the late, Ernest and Jessie (Vedder) Carpenter. Bruce attended Dolgeville Central School and graduated with the Class of 1967.

On September 5, 1968, Bruce enlisted in the United States Marine Corps. He specialized his service as a corrections officer during the Vietnam War Era. During his term, he received the Good Conduct Medal and the National Defense Medal. Bruce was honorable discharged on September 3, 1971.

On August 16, 1986, Bruce was united in marriage to Laurie A. Carpenter at her parent’s home on Piseco Road in Stratford, New York. The couple shared a union of 35 years where they raised their daughter in a loving home.

Bruce was previously employed with the Jerseyfield Preserve in Jerseyfield, New York where he was a bulldozer operator. He worked for many years for the preserve until an injury at work forced Bruce into an early retirement.

He enjoyed riding his side-by-side ATV, fishing, camping, and watching Perry Mason television shows. Bruce was a member of the American Legion. A loving husband, father, brother, and friend, he will be missed by all who knew him.

He was predeceased by his parents, Ernest and Jessie Carpenter, his father-in-law, Jim Youker, and his siblings, Terry Carpenter, Richard Carpenter, Norman Carpenter, Sarah Jenison, and Sharlene Burke.

In keeping with family wishes, there will be no services at this time. The family is being served by Miller-Plonka Funeral Home and Roberts Funeral Home, 3 East Faville Avenue, Dolgeville, New York 13329.

The Carpenter Family would like to thank their special friends, Crystal and Bill Leon of Little Falls, NY, and Kurt and Marie Florian of Fairfield, NY for their support, comfort, and care for Bruce and his family.

To leave a message of sympathy for the Carpenter family, please visit www.robertsfuneralcare.com or www.millerplonkafuneralhome.com