WELCOME BACK! The city of Little Falls invites you to attend Canal Celebration. The festival is in its 35th year and celebrates our community, our heritage, and the spirit that makes Little Falls a unique place in the Mohawk Valley.

There have been dedicated volunteers throughout the years that have helped make Canal Celebration a success. One such community member is Roger Stock, who will always be remembered by our community for his hard work in many things, such as coordinating the annual car show, which returns this year in Burke (Western) Park. Roger’s wife, Pat, was always at his side, including the planning of this festival. Roger’s legacy lives on through his family. This year, Canal Celebration honors the Stock family by naming Pat Stock as the 2022 Grand Marshall.

A full event schedule is coming soon and will include highlights such as: 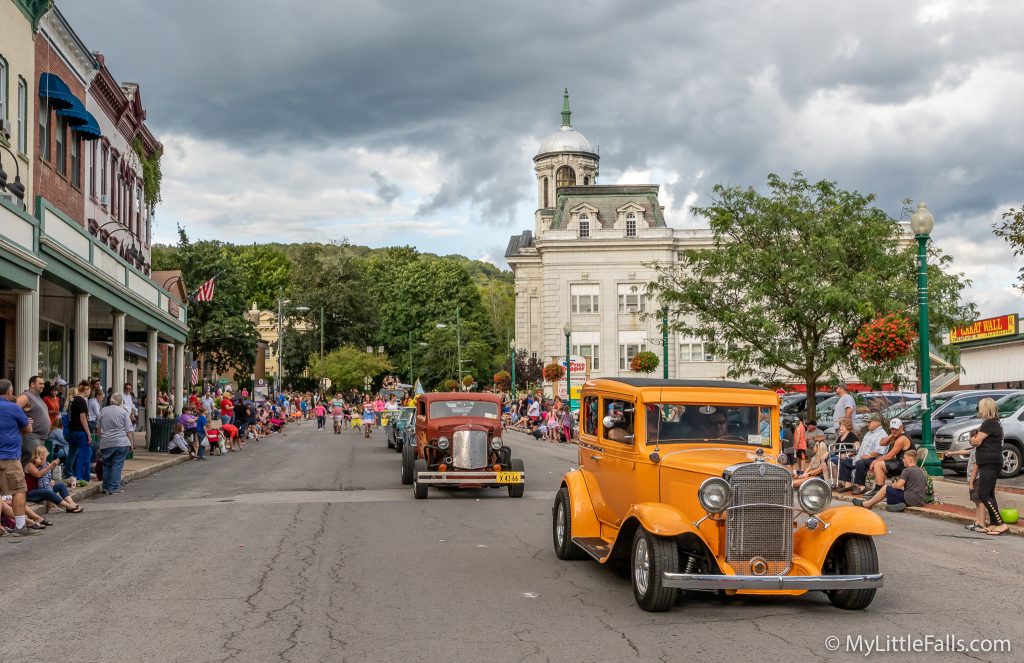 Friday, August 12:
Grande Parade returns – Welcome Back!! Following the parade, Kids on Main will take place on the Ed’s Pizza block featuring a 3-on-3 youth basketball tournament, kids games, a DJ, and food. Ward Square (Eastern Park) will feature an outdoor movie in the evening for the family while Elks hosts live music and their annual party. Rock Valley Brewing Co. hosts live music, and Little Falls Polish Club will have a food truck. 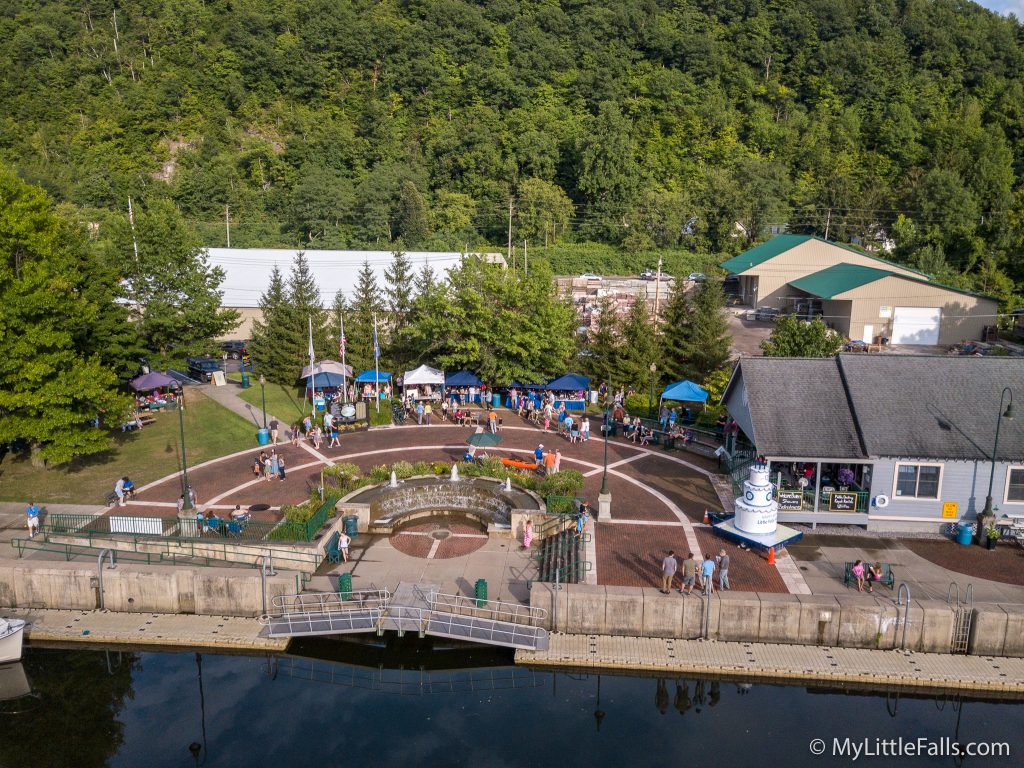 Throughout the week, Mohawk Valley Center for the Arts will feature an exhibit, and the Little Falls Public Library will hold its annual book sale event. Bart Carrig will have outdoor photography on display at the office, while the Little Falls Historical Society will allow tours by appointment only and assist with self-guided tours of various historical sites. Herkimer Home will also be open for tours of their state historic site. There will be numerous class reunions held as well!

A full event schedule will soon be available on the ‘Little Falls Canal Celebration’ Facebook page and online at littlefallsny.com, with locations and times for the many programs which happen through the generosity of our donors, sponsors, volunteers, businesses, and community members. The Little Falls Youth & Family Center and the City of Little Falls lend a hand every step of the way to ensure the festival has the resources it needs to provide a fun and safe festival. This project was made possible with funds from the Decentralization Program, a regrant program of the New York State Council on the Arts with the support of Governor Kathy Hochul and the New York State Legislature and administered by CNY Arts.