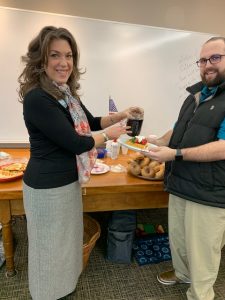 Contrasts Her Opponent, Who Voted Against Reduced Prescription Drug Prices

Appearing at a Herkimer County Democratic Committee meeting in Little Falls, Cobb stated “People in this district struggle to afford their medications. I’m on their side. I fought to lower prescription drug costs as a county legislator, and you can count on me to fight that fight in Congress.”

“Unfortunately, my opponent wrote the plan to privatize Social Security and Medicare. She already voted to cut trillions, that’s trillions with a “T”, from Medicare and Social Security. You can bet that if given the chance, she’ll do it again. But unlike Elise Stefanik, I care about you.”