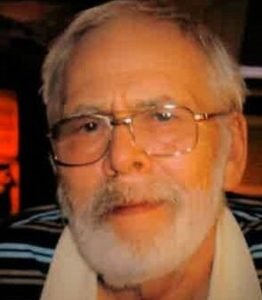 Mr. Carl F. Matthie, 79, of Bellinger Street, beloved husband of Carol L. (Forbes) Matthie, a retired teacher at Herkimer County BOCES, passed away peacefully on Saturday evening, January 2, 2021, in the peace and comfort of his home. At the time of his passing, he had the love and support of his cherished family at his bedside who were also his dedicated caregivers throughout his final days.

He was born on August 21, 1941, in Troy, NY, he is the son of the late Carl R. and Margery (Rowe) Matthie. Carl was united in marriage with Carol L. Forbes on January 23, 1963, in Potsdam, NY. Mr. Matthie received his education in Potsdam schools and continued his education attending SUNY Morrisville and Oswego where he received a degree in teaching. He went on to teach Auto Body at Herkimer County BOCES where he was a dedicated educator for over 30 years, retiring in the late 1990s.

Mr. Matthie loved the outdoors and was an avid hunter. There was nothing more he loved than spending time at his camp at McCavanaugh Pond Club. He served as a soccer official. He was a proud Boy Scout Leader for over 20 years in his earlier years. Carl was kind and gentle by nature, loved and adored his family, and was a huge jokester. His loved ones will forever hold on to the many wonderful memories that they shared with him.

Survivors include his loving and devoted family/caregivers, his wife, Carol at home; his sons, Steven Matthie of Salisbury and Christopher Matthie and wife Elizabeth of Chester, VA; his daughter, Susan Matthie of Mohawk; his cherished grandchildren, Christopher Matthie and his mother, Michaela; Kaitlyn and Andrew Matthie; Cayenne and Nicole Matthie; a brother, Stanley Matthie; in-laws, Sandra Fauvelle and her husband Gary of Ilion. He was preceded in death by a beloved son, David Matthie on Feb. 26, 2009.

Carl and his family’s care has been placed in the trust of Mohawk Valley Funerals and Cremations, 7507 State Route 5, between Little Falls and St. Johnsville, 315-508-5131. In keeping with his wishes, there will be no public services at this time. The family will celebrate his life privately. In his memory, kindly consider and send memorial contributions to MOVAC, PO Box 421, Mohawk, NY 13407 or Herkimer County BOCES, Dollars for Scholars Program, 352 Gros Blvd., Herkimer, NY 13350.

The family would like to offer their deepest gratitude to MOVAC, the Mohawk Police Department and to Herkimer County Coroner, Dr. Russ Zelman, MD, all who responded to the Matthie home on Saturday evening offering kindness and compassion during this difficult time. To offer condolences to the Matthie family, please visit www.mohawkvalleyfunerals.com.