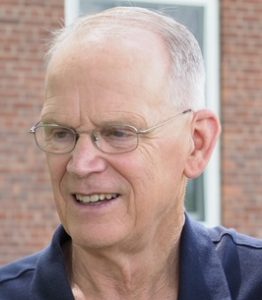 Carlton McKenney, 75, of Little Falls, died on April 9 as a result of complications from dementia.

Carlton was born to Marian and Melvin McKenney on October 25, 1945, in Saco, Maine. He grew up on the family farm in the town of Danube and attended St. Johnsville schools. After receiving a Bachelor of Science degree from Cornell University in 1967, he attended graduate school at Purdue University in West Lafayette, Indiana. At Purdue, he met Ruth Manske and they were married in Fort Wayne, Indiana on June 27, 1970.

Following graduate school, Carlton spent two years working for International Voluntary Services in Midelt, Morocco, developing a joint US-Moroccan land management program for Berber shepherds. In 1970 he joined his father and brother in partnership at McKenney Farms where he stayed until 2003. He then returned to school and received an RN degree from Fulton Montgomery Community College and worked in special care units at Bassett Healthcare until 2011.