Phase I construction has begun on the first floor of the Stone Mill.

Remodeling construction has begun on the first floor of Stone Mill and the intent is to transform the location and add several new things that will be important to the development of the City and Canal Place in particular. Once the work is completed, residents will have access to a new and modernized Cafe at Stone Mill, a shipping center, co-working space, a new marketplace, and a brick oven pizza business.

According to Rock City Development co-owner Neil Rosenbaum “The first floor is designed to be as community-serving as we can to help give people reasons to come to Canal Place. We’ll have the improved coffee shop, and we’re working with Mangia Macrina’s Wood Fired Pizza from Utica to bring his business here as well.” 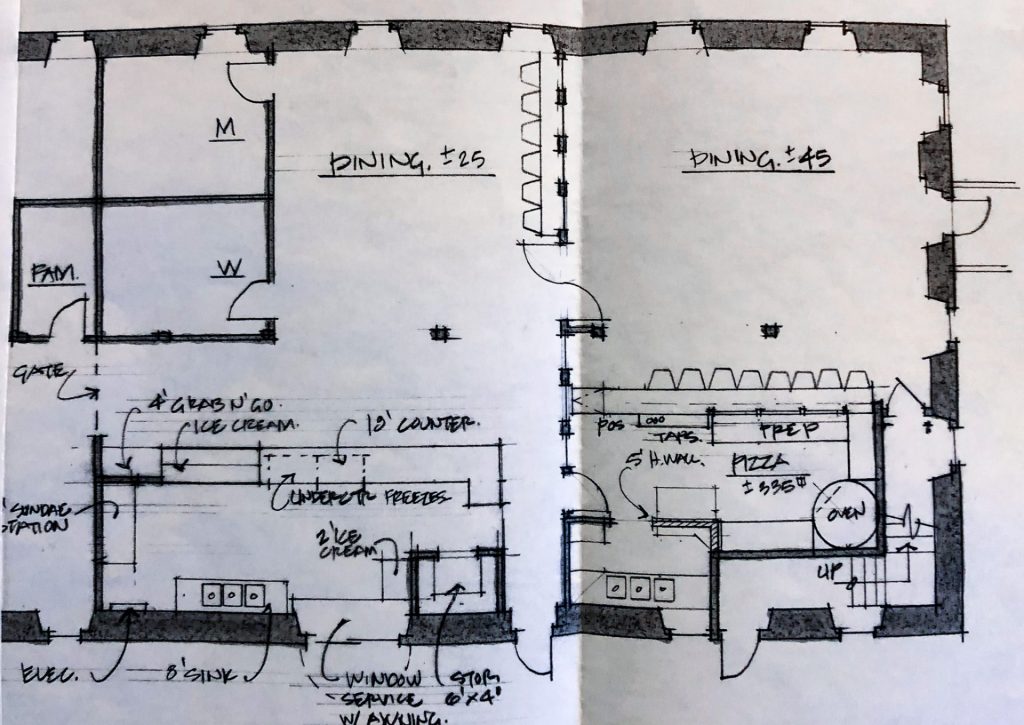 The cafe is going to move to the west end of the building and will have a new entrance and an ice cream window to the outside. “The pizza oven will be in the northwest corner of the floor,” stated Rosenbaum. “He is also looking at getting a wine and beer license, so he’ll be able to serve that in the evenings.”

The group is also working on getting a packaging and shipping business into the first floor as well. “Gail Rochette is going to bring a New York State food product store to the area and our plans for the first quarter of next year are to move what is currently the Rocette and 410 Collective gift shop to the other side of the wall to be contiguous with our shipping store,” said Rosenbaum.

When that happens, you would have the card shop, gifts, and shipping all in one area.

“We’re also really excited about gauging demand for coworking space to give people who want to start a business, or people who work from home, a professional place to work. The original spot will have space for about twelve people to work simultaneously with three conference rooms,” he stated. 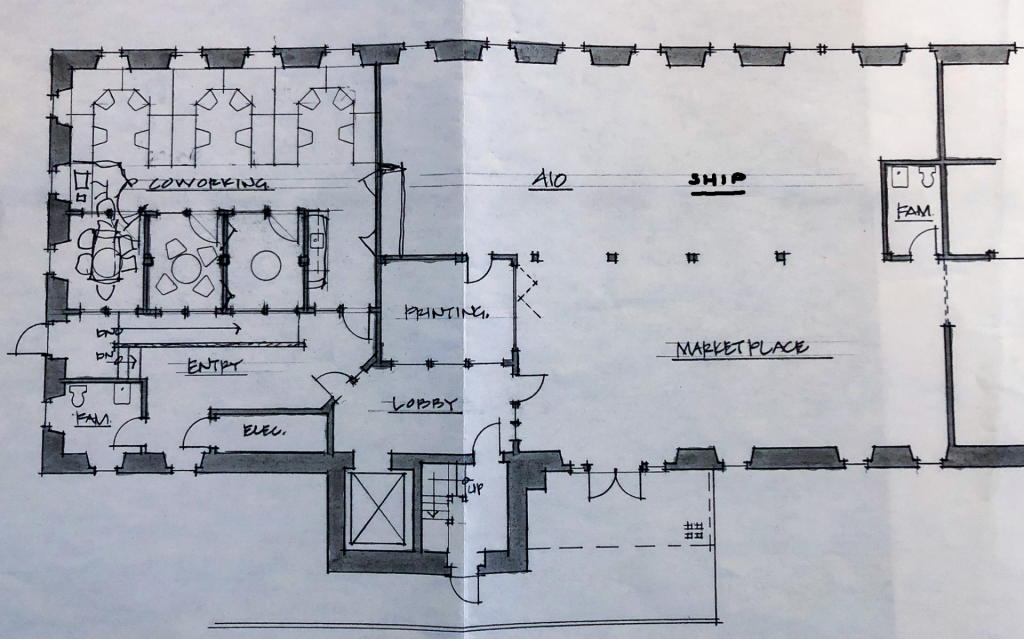 At least one of the conference rooms will have screens to display presentations and there will be Internet connectivity in the spaces. They’ll also have their own copier and a small kitchenette. “I think people that work remote tend to work odd hours, so it will have 24/7 access. When the shops and restaurants are closed the people for the co-working space will enter through the Ann Street entrance,” Rosenbaum said.

“There are desks that will come out from the south side of the coworking space and there will be three pods with four workstations each. What we’re hoping is that all these businesses, which are symbiotic will be able to help each other,” he said.

Right now, people in Little Falls have to go all the way to Utica to ship a package at a UPS store. “Hopefully, we’re going to have those services here and people will have more of a reason to come to Canal Place and take advantage of the art center and the other shops,” stated Rosenbaum.

Construction started on Monday and the first phase should be completed by the end of next week. “That phase is just a separating wall between what will be the retail space and the food service areas and there will be a nice new bathroom. The next phase will be to build the new cafe on the other side of the wall so we can take down the existing cafe,” he said.

That second phase is expected to be completed by the end of October. “It’s a fast track,” said Rosenbaum. They are going to refinish floors and do a lot of painting, “but really it’s just walls for the most part and that goes pretty quickly.”

If you are interested in the co-working space idea, Rosenbaum would like you to get in touch with him via email at nrosenbaum@rockcity.dev.