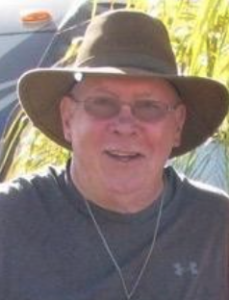 Little Falls – Craig R. Wright, 71, a long-time Little Falls resident, passed away peacefully on Monday, April 12, 2021, at Little Falls Hospital, with his loving family by his side.

Craig was a United States Air Force veteran. He was honorably discharged on February 5, 1971, with the rank of Airman First Class.

On September 4, 1971, Craig was united in marriage to the former Patricia A. Campione at St. Joseph’s Church in Little Falls by the late Reverend Clemente.

Craig was last employed at La Salle Labs in Little Falls where he held the position of Planning Manager. He retired in 2001. Prior to that, he worked at Cherry Burrell and Feldmeier Equipment.

Craig had a strong faith, loving God first and foremost in his life. He was a faithful member of Holy Family Parish in Little Falls.

A man devoted to his family, Craig’s life centered around his loved ones. Referred to as “The Dudeman”, Craig cherished the quality time he spent with his children, their friends, and his precious grandchildren. He, along with his wife Patricia, enjoyed camping and traveling, especially their many motorhome adventures. Craig was an avid golfer; he enjoyed playing with his sons, grandchildren, and his many friends. His beloved canine companion Belle preceded him in death.

Survivors include his loving wife of 49 years, Patricia; a daughter, Monica Mitchell and husband Shane of Fort Lauderdale, Florida; two sons, Matthew C. Wright and wife Cassandra of Little Falls and Andrew Wright and Trisha of Little Falls; seven grandchildren, Jordan, Paige, and Isaiah Mitchell, Bryce, Ashton, Graydon Wright, and Jaxson Wright; two sisters, Denise Jasienowski and husband Joseph of North Carolina and Michele Ross and husband Jeffrey of Maryland; five brothers, Brian Wright and wife Debbie of Connecticut, Daryl Wright and wife Kathy of Little Falls, David Wright and wife Lucinda of New Jersey, Chris Wright and wife Janet of Carmel, NY, and Blaise Wright of Ithaca, NY; many nieces, nephews, cousins, and special friends. He is also survived by his in-laws, Johanna Lanphier, Anthony (Donna) Campione, Tommy (Veronica) Campione, and Theresa Campione. Craig also had a special place in his heart for Alex Lawrence, who is like another son to him.

A Memorial Mass will take place on Monday, April 19, 2021, at 9:00 am from Holy Family Parish corner of Main & John Streets, Little Falls, with Reverend Brian Slezak, officiating. Burial with full military honors accorded will follow at St. Johnsville Cemetery. The family will be receiving relatives and friends on Sunday, April 18, 2021, from 2 – 4 pm at the Vincent A. Enea Funeral Service, (next to NBT Bank), 527 E. Albany St., Herkimer, NY 315-866-1500. Due to the current COVID – 19 restrictions, facemask and social distancing is required at the funeral home and also at church. All memorial contributions may be made to Holy Family Parish, 763 E. Main St., Little Falls, NY 13365. Envelopes will be available at the funeral home.