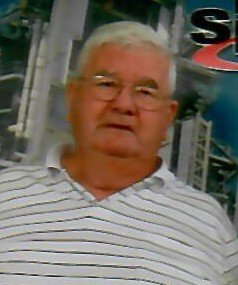 Daniel D. Perry, 86, of Dolgeville, New York, and formerly of Oppenheim, New York, passed away peacefully on Sunday evening, August 14, 2022, at St. Johnsville Rehabilitation and Nursing Center with his loving wife, Ann, by his side.

He was born on September 21, 1935, in Oppenheim, New York, and was the son of the late Raymond and Ruth (Stowell) Perry. Dan attended Oppenheim-Ephratah Central School and graduated with the Class of 1952.

On October 1, 1952, Dan enlisted in the United States Air Force. During his military duty in the Korean Conflict, he served as a flight mechanic and earned the rank of Staff Sergeant. On September 30, 1956, Dan received an honorable discharge after four years of serving his country.

Dan was formerly employed with the New York State Department of Transportation in Johnstown, New York as a foreman. He retired in 1990 after 32 years of dedicated service.

On August 2, 2008, Dan was united in marriage to Ann E. Mosher. The couple recently celebrated 14 years together.

In keeping with Dan’s wishes, there will be no formal public services.

To leave a message of sympathy for the Perry Family, please visit www.millerplonkafuneralhome.com and sign the tribute wall on the website.