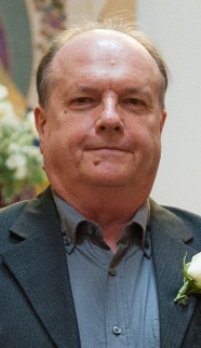 Daniel Steven Bucenec, age 69, a lifelong resident of Little Falls, New York, passed away on Tuesday, January 11, 2022, at his home, after a long illness.

Dan was born on October 7, 1952, in Little Falls, a son to the late Kristine (Otrupcak) and Daniel Bucenec.

He graduated from Little Falls High School in 1970 and was a member of Holy Trinity Lutheran Church.

Dan loved baseball from a young age and played Little League and on the Little Falls High School team. He shared a passion for the New York Yankees with both his parents. He also liked to follow football and was a New York Giants fan. Dan’s devotion to both teams never wavered in good years or bad.

In addition to sports, Dan also loved rock and roll and had an extensive collection of albums. He especially liked Jethro Tull and attended several of their concerts.

An employee of the Beech-Nut Corporation for 35 years, Dan received numerous commendations for his service.

His Funeral Service will be held on Monday, January 17, 2022, at 11:00 AM, at the Enea Family Funeral Home, 24 West Monroe Street, in Little Falls, with Rev. Joseph Famulare, officiating. Spring interment will take place at Holy Trinity Lutheran Cemetery.

The family will receive relatives and friends for calling hours between 9:30 and 11:00 AM, on Monday morning, at the funeral home, prior to the Funeral Service.

In lieu of flowers, please consider a donation to the American Cancer Society, PO Box 42040, Oklahoma City, Oklahoma 73123, or on the web, at americancancersociety.org. Envelopes will be available at the funeral home.

Expressions of sympathy may be placed on Dan’s online memorial page, by going to www.eneafamily.com