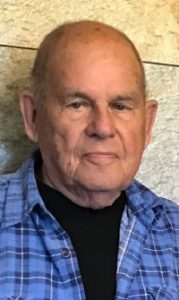 LITTLE FALLS – Mr. Edward H. Smith, age 87, a longtime Little Falls resident, passed away on Wednesday evening, February 10, 2021, at Hospice & Palliative Care, Siegenthaler Center, Town of Kirkland, New York, with his family by his side, where he received tender and loving care. The family is very appreciative of the staff there.

Born on September 30, 1933, in Middleville, New York, Ed was the son of the late Harry L. and Frances (Sperbeck) Smith. He was raised and educated locally and served our country with the United States Navy, 1950 until 1954. On April 23, 1960, he was wed to Joan A. “Joanne” Sweet at Emmanuel Episcopal Church, in Little Falls, by Father Bice. Together, Ed and Joan shared in a blessed and devoted union of over fifty-eight years. Mrs. Smith passed away on September 27, 2018. He worked for Tri-State Industrial Laundries, Utica, New York as a Route Salesman.

Ed was well-known throughout his Little Falls community and he was admired by all who were blessed enough to cross paths with him, particularly down walking the canal which he recently would do very often! He loved his daily walks along the canal, meeting old friends and new ones. Edward enjoyed his Monday morning outings for breakfast with his longtime friend, Art. At home, he was a devoted husband, father, and grandfather. Ed & Joan kept an immaculate home and were always surrounded with amazing food. Ed was a gentle soul who enjoyed taking long walks through Little Falls and in his spare time he volunteered with H.A.L.O, whose mission to help animals live was close to Joan and Ed’s heart. Ed would take trips to Wal-Mart distribution in Johnstown to stock up on supplies. Together they were longtime parishioners of Emmanuel Episcopal Church, in Little Falls.

Survivors include his daughters and sons-in-law, Sherrie and Thomas Sisson, of Dennis, MA, and Dawn and Joe Jouben, of Little Falls; his sons and daughter-in-law, Brian Smith, of Cape Cod, MA, and Mark and Shelly Smith, of Paines Hollow; his grandchildren, Tara and her husband, Kevin, Kyle, Joey and his wife, Kayleigh, Jenna, Shauna and her husband, Nate, and Taylor; and his great-grandchildren, Bradley, Connor, Caroline, Tucker, Brody, Joey, and Jett; along with numerous nieces, nephews, and in-laws.

He was predeceased by his brother, Charles V. Smith; and by his infant grandson, Shawn.

In keeping with Edward’s wishes, there will be no formal services. Private burial will take place at Rural Park Cemetery, in Ingham Mills, Springtime, 2021, at the convenience of the family.

Those wishing to remember Edward in a special way are asked to consider donations in his memory mailed directly to the Herkimer County Humane Society, 514 State Route 5s, Mohawk, NY 13407.