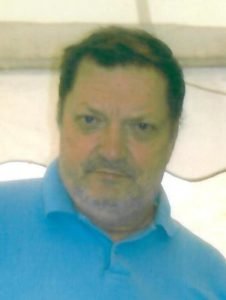 He was born on February 18, 1950, in Amsterdam, New York, and was the son of the late, Frederick and Eleanor (Michalski) Zerbst. Fred attended Amsterdam High School and graduated with the Class of 1968.

After graduation, Fred was employed at Noteworthy in Amsterdam, NY until he enlisted in the United States Air Force in June of 1969, where he served his country during the Vietnam War Era. He was honorably discharged in December of 1972, earning the rank of Sergeant. In 1977, Fred enlisted in the New York State Army National Guard. He retired from his military career in 1995 after 21 years of service.

In 1976, Fred began working for General Electric in Schenectady, New York. He retired in 2016, after 40 years of dedicated employment.

On August 16, 1980, Frederick was united in marriage to the former, Elizabeth Marie (Lipiec) Nabinger in Amsterdam, New York. Later, they had their marriage blessed in a Catholic ceremony at St. Joseph’s Church in Dolgeville, New York. The couple recently celebrated 41 years of marriage together, where they raised their children and grandchildren in a loving home.

Fred was a faithful parishioner of St. Joseph’s Roman Catholic Church in Dolgeville, New York where he was a member of the Knights of Columbus. He also served his church in various roles and was always volunteering to help with any project that needed attention. His most recent project was helping to restore the altar area for St. Joseph’s Church. Fred spent many hours on the flooring and the wiring in the area that now holds the new altar for the church.

In younger years, Fred was a volunteer E.M.T. for the Greater Amsterdam Volunteer Corps from the late 1970s to the early 1980s. He enjoyed watching movies, especially westerns, reading, and alongside his wife, helping to tend to their 49-acre hobby farm. He was always willing to help out a friend, neighbor or his church with anything he was needed for. A loving husband, father, grandfather, great-grandfather, brother, friend, neighbor and church member, he will be sorely missed by all who knew Fred.

Calling hours will be held on Monday, December 27, 2021, from 4 p.m. to 6 p.m. at Miller-Plonka Funeral Home, 30 Wolf Street, Dolgeville, New York. A Mass of Christian Burial will be celebrated on Tuesday, December 28, 2021, at 9 a.m. at St. Joseph’s Roman Catholic Church, 31 N. Helmer Avenue, Dolgeville, New York, with Father Brian K. Slezak, pastor officiating and the Knights of Columbus as honor guard. Procession will follow to St. Mary’s Cemetery, Town of Herkimer, New York where committal prayers will be offered and the United States Air Force will accord funeral honors.

To leave a message of sympathy for Fred’s family, please visit www.millerplonkafuneralhome.com and sign the tribute wall.