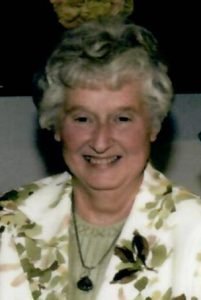 Hannah B. Schuyler, 78, of the Town of Oppenheim, New York, passed away peacefully on Monday morning, January 11, 2021, at Foltsbrook Center in Herkimer, New York.

She was born on October 8, 1942, in Fort Plain, New York, was the daughter of the late, Daniel and Katherine (Chrisman) Brownell, and was raised in a family of eight children. Hannah was educated at Fort Plain Central School and graduated with the Class of 1960.

On February 28, 1961, Hannah was united in marriage to Robert L. Schuyler in Little Falls, New York, and have shared a union of nearly 60 years together.

Hannah and her husband, Robert were the owners and operators of Pride Hill Farm located in the Town of Oppenheim for most of their lives. Hannah was also a homemaker where she cared for her husband and raising their three daughters in a loving home.

She was a parishioner of the Ingham’s Mills Baptist Church. In her younger years, Hannah enjoyed volunteering for the 4-H Club, crocheting, gardening, and sewing in particular her clever handmade Halloween costumes she made for her family. Robert and Hannah never missed any of their grandchildren’s scholastic and sporting events. Her most precious moments were spent taking care of and helping to raise her cherished grandchildren.

“Your Mother is always with you. She’s the place you come from, your first home, and she’s the map you follow with every step you take. Your Mother lives inside your laughter. She’s your first love, your first friend, even your first enemy, but nothing on Earth can separate you. Not time, not space…not even death.”

In keeping with family wishes, all calling hours and funeral services will be private. Burial will be in Rural Park Cemetery in Ingham’s Mills, Little Falls, New York in the spring. The family is being cared for by Miller-Plonka Funeral Home, 30 Wolf Street, Dolgeville, New York 13329, (315) 429-7123.

The Family of Hannah B. Schuyler would like to thank the doctors, nurses, and staff for their kind and compassionate care that was shown to Hannah during her stay, especially when they could not be there.

To leave a message of sympathy for the family, please visit www.millerplonkafuneralhome.com and sign the guest book.