After last October’s flooding, there was still a lot of clean up that needed to be done in order for the facility to be ready for boaters. According to harbormaster Mark Roy, they are not expecting a lot of traffic this year because of the reduced season and the fact that there is still a lot of work being done on the Mississippi River, which is cutting down the number of boats that are able to make the ‘loop’.

He said that the City did a lot of the cleanup that was required, but that they couldn’t get to all of the areas that needed help. “We’ve still got some bricks to replace in the fountain area. I had to also strip out the pump-out station because there was still a lot of mud in there,” he stated. 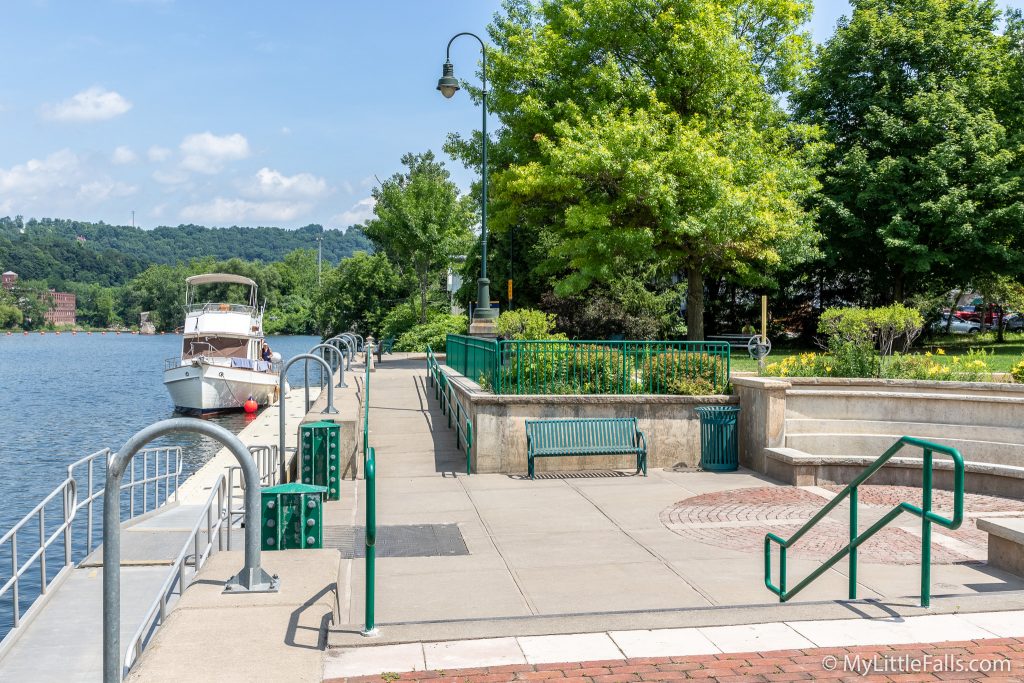 Photo by Dave Warner – One of the first boats to dock at the Little Falls Canal Harbor after its opening this week.

They also had to have the electrician come down and rebuild all the electrical hookups for the boaters. He said, “We just did them last year, but at least it was covered by insurance. They put all new ones in.”

He said that people are starting to reserve the park for picnics. “The only bad thing is that I can’t let groups of people inside if it rains because of COVID.” The building is open to boaters, bikers, and the general public, as long as they adhere to the COVID guidelines that are posted on the doors.

“The canal got up and running quicker than they expected, but everything is running pretty good right now,” he stated.