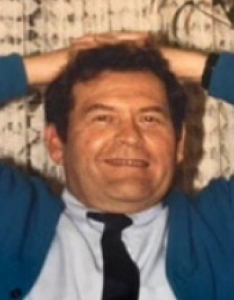 John “Jack” Dennis Connor, age 87, formerly of Hummelstown, passed away Monday, December 28, 2020, peacefully at home. He was born January 15, 1933, in Coatesville, the son of the late Matthew and Anna Mabel (McCollum) Connor.

Jack graduated from Northeast Catholic High School in 1950. He graduated with a Ph.D. in Neuropharmacology from the University of the Sciences, Philadelphia. He won a number of academic scholarships including the Foley Scholarship in 1978 in which he spent a year at London University in England; two Fulbright Scholarships, the first in 1989, where he traveled to Ulm, Germany for a year then in 1998, where he spent 18 months in Addis Ababa, Ethiopia, and an additional three months in Nairobi, Kenya as Rotary Ambassador. Jack was employed by Penn State University, Milton S. Hershey Medical Center for 29 years and then retired in 1998 with Emeritus status. In 2000, he traveled to Pakistan, teaching and researching at the Aga Khan University, Karachi for six years. John was a member of the Sand Hill Lions Club in which he won “Lion of the Year” twice and the Little Falls Historical Society.

He proudly served three years (1953-1956) as a Hospital Corpsman in the Coastguard during the Korean War; where he was stationed in Kodiak, Alaska.

Jack, Dad, Grand Dad was an adventurer. A collector of hats, rocks and shells from far away lands. He wrote witty anecdotal letters with accounts of his and Norine’s adventures and mishaps, of which there were many. He had a love for poetry and comedy; his tastes often questionable, a delight to grandchildren. We know he’ll be with us in spirit whenever we hear laughter or see an honorable deed.

Professional services are entrusted to Dugan Funeral Home and Crematory, Inc., Shippensburg. Services will be held at a later date. Interment will be in Indiantown Gap Cemetery.