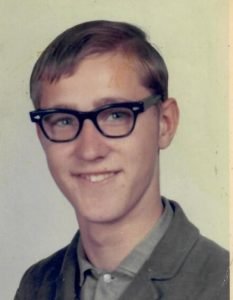 He was born on October 28, 1952, in Little Falls, New York, and was the son of the late, John F. and Shirley A. (Meyers) Mitchell, Sr. John was educated at Oppenheim-Ephratah Central School.

In his younger years, John was employed by Daniel Green Shoe Company in Dolgeville, New York, and then Hales Manufacturing Company in Herkimer, New York, building high-quality bookcases where he worked until his retirement.

John enjoyed coin collecting, scrap metal collection, Hank Williams music and being outside. He will be dearly missed by his family and friends.

John was predeceased by his parents, and his siblings, William Mitchell, Robert Mitchell, and Catherine Pennucci.

In keeping with family wishes, there will be a spring graveside service in Dolgeville Cemetery where John will be laid to rest with his family.

The family is being cared for by Roberts Funeral Home, 3 East Faville Avenue, Dolgeville, New York.

To leave a message of sympathy for John’s family, please visit www.robertsfuneralcare.com and sign the guest book.