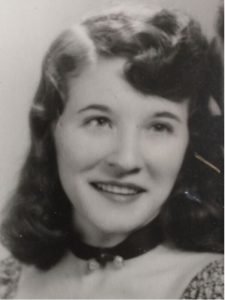 She was born on November 1, 1934, in Salisbury, New York, and was the daughter of the late, Harold and Daisy (Moore) Randall. She was educated at Salisbury Schools.

On May 19, 1951, June was united in marriage to Donald C. Doxstader, Sr. in Nelliston, New York. The couple shared a loving marriage of 56 years until Mr. Doxstader passed away on November 9, 2007.

June owned and operated Doc’s Tavern and apartments on Main Street in Dolgeville for over 30 years until her retirement.

She enjoyed cooking and taking trips with her husband and sons. June was a caring woman and was devoted to her family. She will be greatly missed by them.

In keeping with June’s wishes, there will be no formal funeral services. Interment will take place on May 19, 2021, at a time to be announced at Salisbury Rural Cemetery where she will be laid to rest with her husband, Donald, Sr. and two sons, Donald, Jr., and Dale, Sr.

To leave a message of sympathy for the Doxstader family, please click on the link.