Little Falls Drama Club will virtually present Little Shop of Horrors with a scheduled streaming event on Friday, April 23rd at 7 pm and Saturday, April 24th at 7 pm. It was no small feat to pull off putting the production together during school closures, COVID-19 protocols, and a list of other technical and practical issues that had to be solved.

Amanda Grimaldi said that this year, they really weren’t sure what they were going to do as far as a musical was concerned after last year’s show was canceled right before it was supposed to go on. “We weren’t sure if we were going to be able to see kids, or have to work totally virtually. So we chose this show because it has a smaller cast and felt a little bit more manageable.”

She said that as they went along and learned things, they continued to add components. “We were going to do just Google meet, then we decided we were going to use a green screen and record kids individually.”

“It was nice to have them in a little theater unit again, but the editing and all was tough.”

Amy Osborne said that they planned for the worst-case scenario because they didn’t know when students were coming back or if they were.

“We’ve seen schools do this a lot of different ways. Every school is doing it somewhat differently,” she said. “I don’t even know how many hours Amanda has put into this so far.”

Osborne said that once the children had done their part, Grimaldi had to edit all of the footage. She said, “We’re going to try and do a watch party for opening night with the kids because none of us have ever seen it except for Amanda.”

Grimaldi said that even former students were involved. “Hannah Young created digital backdrops for the three different scenes and Warren Beers made our big Audrey II.”

She felt that not having to edit the vocals separately was good news for her. “We had the kids singing at home and then we were going to try and overlay that with them on stage. We finally figured out that there were so few of them, we could bring them in and keep them socially distanced.”

Students who had done productions at other schools during the fall had to record everything at home. “They had much more editing that way,” stated Osborne. “We are very thankful that restrictions were lifted a bit.”

Grimaldi said that at times, she just had to let things go because she is not a professional video editor. “I only have the  basic stuff and there are things I want to happen, that just can’t.”

Osborne said, “For kids who stuck it out this year, we’re really proud of them because they had to do a lot of work on their own. They worked really hard.”

“It’s a risk for them to do something different, for them to fathom recording themselves and turning that in,” stated Grimaldi.

You can purchase a streaming code for $15 on the website showtix4u.com by typing Little Falls Drama Club into the organization search or by using this direct link: LF Drama Club Little Shop of Horrors 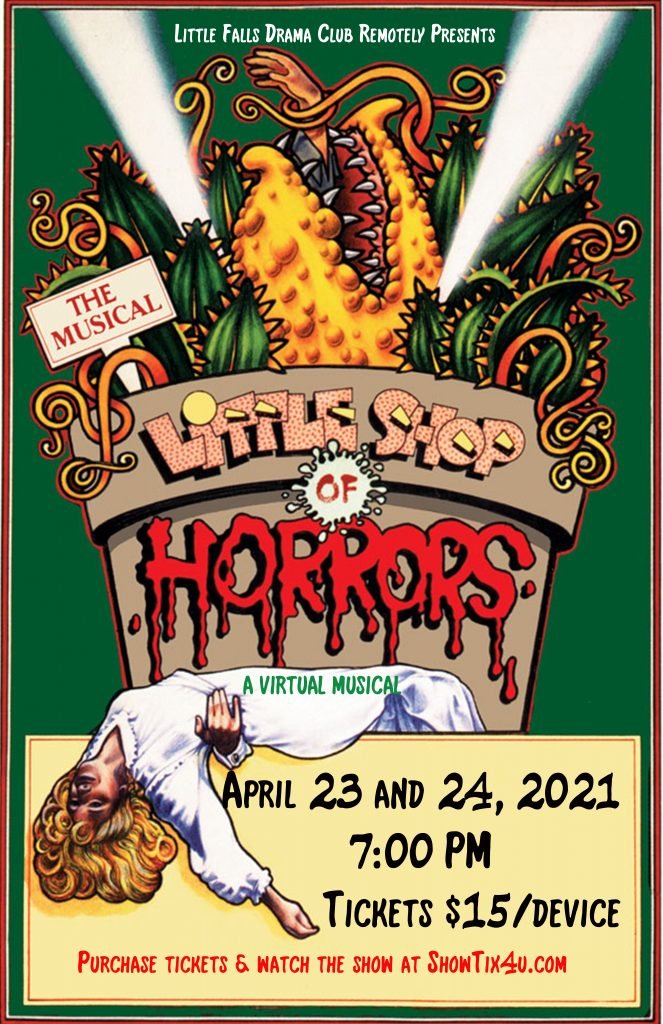 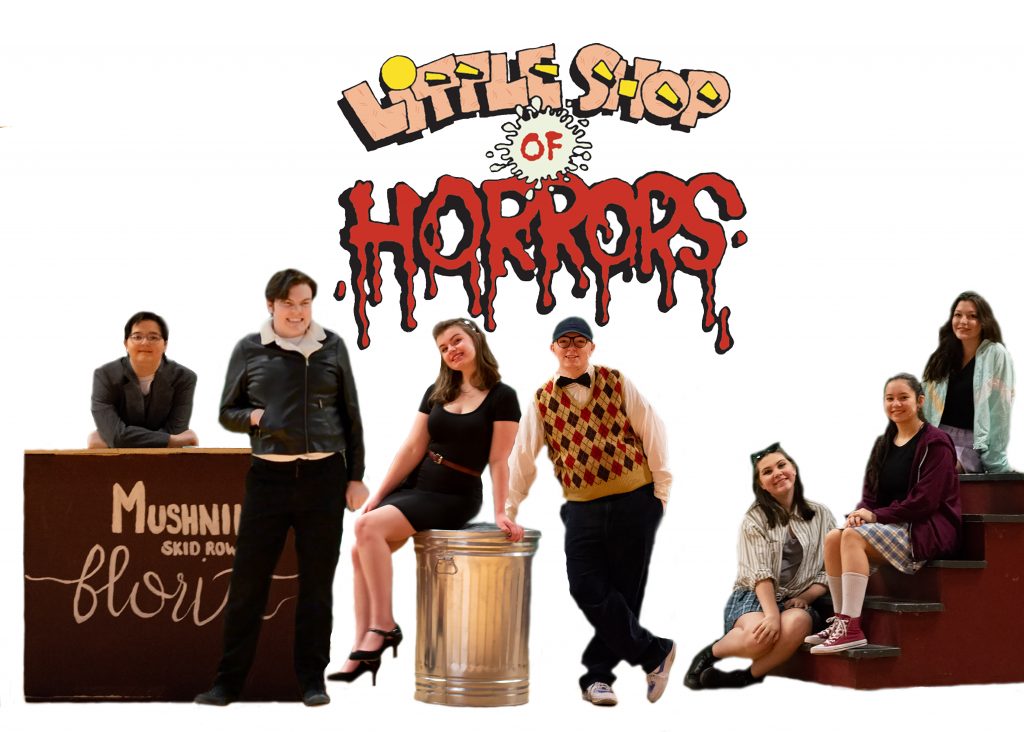