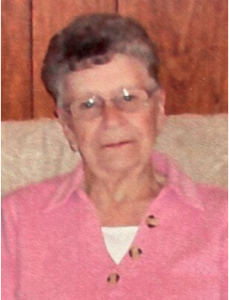 Born on January 11, 1930, in Little Falls, NY, she was the daughter of Roy Mosher and Florence Ossenfort. She attended Dolgeville Schools.
Lois was a mother and homemaker. She loved being with her family, especially her grandchildren.

A graveside service will be held Wednesday, October 13, 2021, at Rural Park Cemetery, Inghams Mills. Donations in Mrs. Howard’s memory may be made to CBVI, (Center for blind and Visually Impaired), 100 W. 15th St., Chester, PA 19013

To send flowers to the family or plant a tree in memory of Lois Howard, please visit chapmanmoser.com