Photo by Deborah Kaufman – Anthony T. Federico shakes hands with Mayor Mark Blask after being sworn in as City Treasurer.

Two weeks after being sworn into the job, the new City Treasurer Anthony T. Federico is getting his feet week and has been busy prioritizing what he needs to tackle first.

Federico is a Little Falls native whose grandfather was the assistant fire chief, and whose father worked with the City as well. “I always knew that I wanted to stay in the area and I found a great opportunity to do that,” he said.

He had spent the last six years in retirement planning working for a company called Benefit Plans Administrative Services, where he worked in the trust department cutting distribution and installment checks.

In the middle of 2020, several people mentioned to him the possibility that he might be a good fit for the City Treasurer’s position. “Towards the end of 2020, I realized I wanted it and in 2021, I started doing what I needed to do getting signatures and talking to the right people,” he stated.

Federico only needed forty signatures in order to get on the ballot, but he more than doubled that number in a short period of time. He said, “I just went around and introduced myself and told everyone who I was and that I was looking to run for City Treasurer. It’s a small community. Most people already knew my dad or grandfather and they were willing to give me the chance and time of day to give it a shot, and I’m really grateful for it.”

When asked about the referendum in the summer to have a City Treasurer appointed by the Mayor he said, “At first I took it a little personally, but then I realized that the Mayor just really wanted to make sure that the right person got put in the job.” Federico said that most people didn’t know much about him or his qualifications before the vote and once it was cleared up, “It ended up how it was supposed to.” 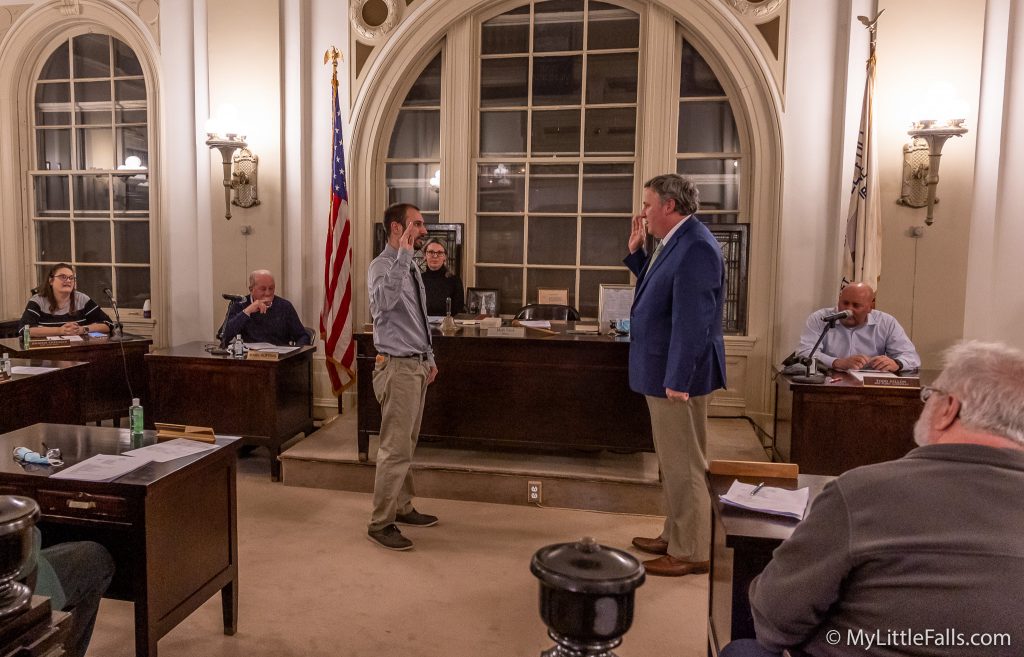 He said that now that he is on the job, there are several things that are important that need to be dealt with. “Payroll – people want their money, so I’m trying to come in and do a great job at that. I found out quickly though, that the budget and the county taxes are important as well. I’m blessed because the people in the office are already doing a great job.”

He said that a lot of what he is facing is what he expected, but that there’s a lot more to the job than he anticipated. “It’s weird, I’m really excited for the challenge though. I think once I get a better understanding (of the job) we’re going to be an efficient office. But, I’m still on that upswing learning curve and it’s going to take a little bit of time, but we’re getting close.”