My Little Falls Radio will be broadcasting from inside the Cafe at Stone Mill this Saturday starting at 1 pm, but the feature of the day will be a new sports show that will be taping between 4 and 5 pm called The Press Box, hosted by Travis Heiser, owner of the Mohawk Valley Diamond Dawgs. Each week, he’s going to be joined by guests from within the sports world, locally, regionally, and nationally. 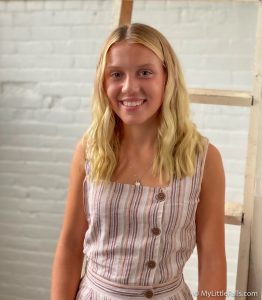 “We’re going to talk to local sports fans and people in the community and get their take on some of the issues that are going on in all sports, whether it be major league baseball, the NFL, or college basketball or football. We’ll talk about local high school sports as well,” he said.

There is enough room in the Cafe’ for people to take a seat and listen in, plus we’ll be taking questions from that audience as well, so participation will be key.

This weekend’s show is going to focus on COVID 19 and the impact it has had on area sports at the high school and college level. Show producers will be looking for people who want to participate and be part of the discussion, but during the afternoon, the station will also provide a call-in number on social media for those who want to comment but cannot be physically present. Little Falls High School senior athlete Gabby Sylstra will be one of the featured guests on the show.

“We want to talk to them about the effect it has had on them. It could be a high school, college, or even a middle school athlete. It could be anybody. What’s it like practicing social distancing in a little league game. A lot of these kids are playing travel ball because it’s considered recreational, not school-related. That’s another issue all by itself. Is that OK? What’s the difference between that and high school sports,” Heiser said.

“We have some college athletes in our area that have been affected by this as well. They didn’t get to play their spring sports, so what did it feel like? Once you learned your season was done, what was your next step? Did you play anywhere else? Have you heard from your coaches about the fall season?” Heiser lamented. “These are some of the things that we want to try to get answers to.” 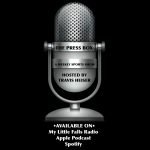 If you would like to participate, you can email sports@mylittlefalls.com and we’ll provide the phone number to you and time to call.

The show will air every Thursday night at 7 pm on My Little Falls Radio, but also be available on-demand as a podcast via Spotify, Apple Podcasts, and other popular platforms.