Next generation gets a handle on Ann Street Wine & Liquors

Meghan Tracy has taken on the position of full-time manager of Ann Street Wine & Liquors, which has been her family’s business for 46 years. “I grew up here and my grandparents have owned it since I was born,” she stated.

Tracy graduated from Little Falls High School in 2008 and then went to Utica College to major in public relations. Throughout high school and college, she worked in restaurants. “I got my start at the Canal Side Inn as a bus girl. I just went around watering people.”

She then graduated to waitressing and then bartending. “I learned a lot of tips from Barb down there.”

Tracy said she also worked in food sales and marketing. “I got to know the other side of things, which helps me here.”

When she arrived at the Observer-Dispatch doing advertising sales, is when she really got into the marketing side of things. Everything from social media, to making sure that people got the best products for what they were trying to do.

“I also learned how to make everything aesthetically pleasing, which is kinda one of my forte’s,” she stated.

She said that she also enjoys wine herself, which is one of the reasons they have such a robust wine selection now. “I’ve seen anything from a $15 bottle to a $200 bottle and I got to try different ones.”

One of her friends was also into wine and they had different types shipped to them from all over, which allowed her to try many brands as well.

Before she started working in the store, she would come in to buy something and leave empty-handed. “There really wasn’t anything I liked. I thought – This is my family’s liquor store, so if I’m leaving empty-handed, then maybe others are as well, so when I started working here, I saw the opportunity.”

She and her mom spent time at the beginning of COVID in the store, trying to pick up the slack from workers who were no longer comfortable working there because of the pandemic.

“We noticed that there was a huge opportunity that we were missing here. My job with advertising was declining at the same time because people didn’t want to advertise, so I just decided I would come back here and do this full-time,” Tracy said.

She convinced her family that if they gave her the opportunity, that she could make them more money and bring in more products, and have lower prices. “They were afraid that if I lowered prices, that they’d lose money.”

“Now it’s been nine months since I’ve taken over and it’s going well,” she stated. 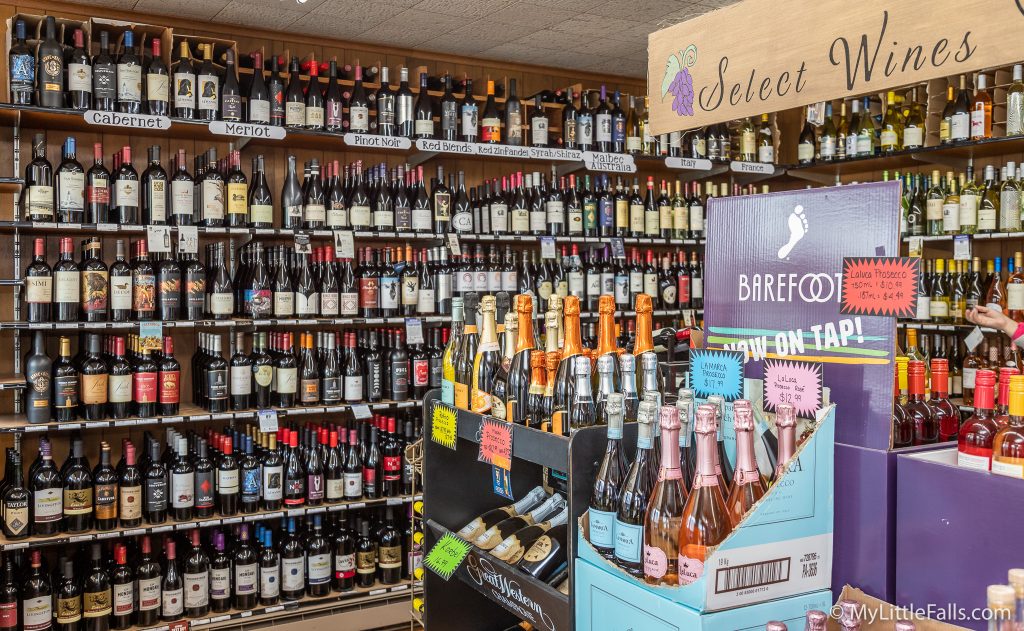 When first taking over the store, she did a huge price reduction on the liquor side and starting really changing up the inventory. “I wanted to make sure we were more competitive. We aren’t like the big box stores, but we are very competitive. That’s the first thing I did.”

The second thing she did was to move the back stock out. “I got rid of all of our old shelving that had been here for forty years. I came in one night at 9 pm when the store closed and stayed until 6 am and threw them all out and decided to put new product on the floor.”

That freed up a ton of shelf space, and she has been able to expand her wine stock significantly. “I’ve personally tasted everything, I make sure they give me samples, so everything that I bring in, I make sure it’s something good.”

She feels like she has a pretty good sense of what people are going to like or dislike so that when they come in, they will like what they purchase. “Even when I’m not here, I don’t ever worry that somebody might come in and pick up a bottle off the shelf and go home and hate it,” she stated. “That’s the upside to having a small store.”

They even have an organic wine section as well. “I try to do different price ranges. Anywhere from $10 up to $100. I really want to make sure that we have things you’re not going to find at our competitors.”

Tracy says that people from as far away as Utica now come to shop because of the selection she has and the fact that they can’t find it in Utica. “I want to make sure that everyone in Little Falls is well-served, but also bring other people down here because we might have some specialty products that they want.”

They also have a new selection of New York State wines that are now part of that inventory. “It’s not the typical sweet wines that you find in New York,” she said. 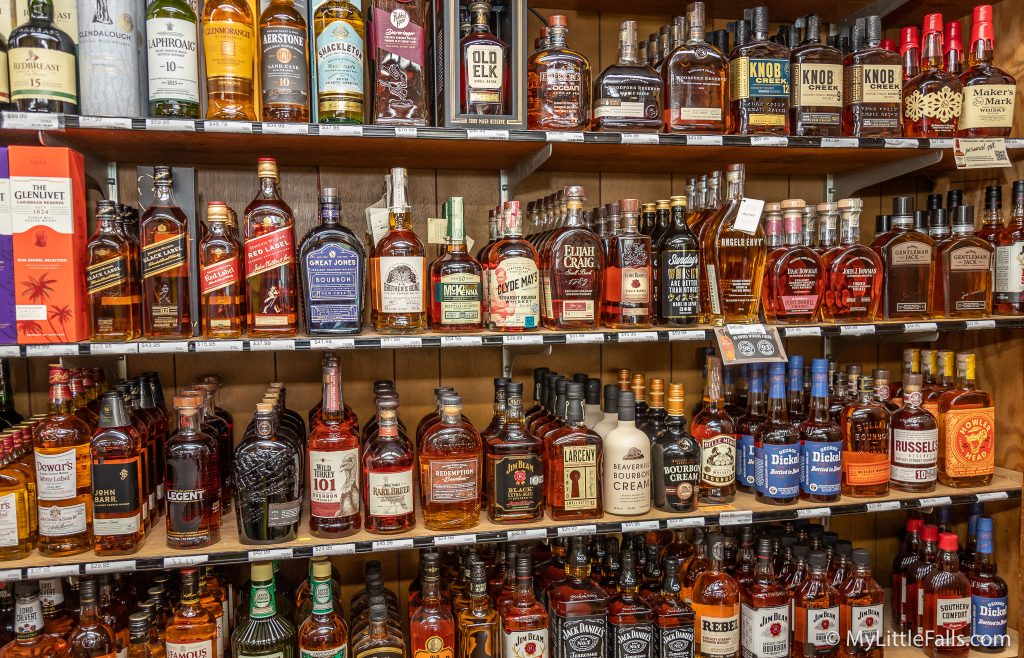 The other big thing that she says she’s done, is expanding the bourbon section. “When I started, we only had three bourbons on the shelf. Bourbon is a huge category and some are very hard to get. They have to be allocated based on how many other bourbons that you bring in,” she stated.

She says that they now have anywhere between 30 and 35 different kinds in the store. “Now I’m starting to get some of the allocated ones, so I’m going to be starting a bourbon club this fall. If you join, you’ll get a card. Every time you purchase a bottle, you’ll get put on a point system.”

When those specialty bottles come in, they’ll be in the backroom and those folks on the list with the most points will get first choice.

She also intends to do a lottery for Christmas where she has five of them in a lockbox. “You’ll have raffle tickets with every purchase and you get to put the raffle tickets into the bag for these bottles. I’ll have five really hard to get allocated bourbons that you can’t find anywhere on shelves.”

When she picks someone, they’ll have the first chance to buy one of the bourbons, but it will be at MSRP. “Some people are paying $100 for second hand, or $1,000 a bottle. Mine are going to be the regular price. Anybody who is into bourbon, this is the place to shop.”

Even with the gin and tequila, she tries to bring in good specialty products. “Not just the regular stuff. We have that, but I always try to bring in something different that you can’t find anywhere else.”

She feels like this is a perfect spot for her because she struggled a little bit after college, not knowing exactly what direction to go.

“It was really hard to get a job because they wanted experience. Now, all my restaurant, food sales, bartending, and working in marketing and advertising – all facets have come together. I feel like it’s a perfect fit, and I’m pretty good at utilizing the space,” she stated.

To find out more about the store, you can visit them on Facebook or at their website.