Play Ball – Vintage Base Ball shows up during Canal Celebration

Vintage Base Ball evolved very quickly from the 1860s to the 1890s according to Any Krutz, who organized Saturdays games. “We’re based on a team that played in the 1880s and 90s which is when overhand baseball became common, so we’re called an overhand team and that’s the rules that we play by.”

He said that there are also a lot of teams that use the 1860s rules, and they throw underhand and the rules are quite a bit different.

There’s not a significant difference between today’s major league baseball and vintage league teams, but according to Krutz, there are differences.

“You can have an infinite number of foul balls with no strikes called on you and the balls are a little softer. Lots of players back then didn’t wear gloves of any kind and the gloves that did exist looked like leather working gloves,” he said.

The softer ball means the hits are not quite as hard and don’t go as far as you think they might and the gloves are not as large as what is used today, so it makes for a higher scoring game.

Ian Giudilli was responsible for creating the authentic vintage bats that were used in the game. 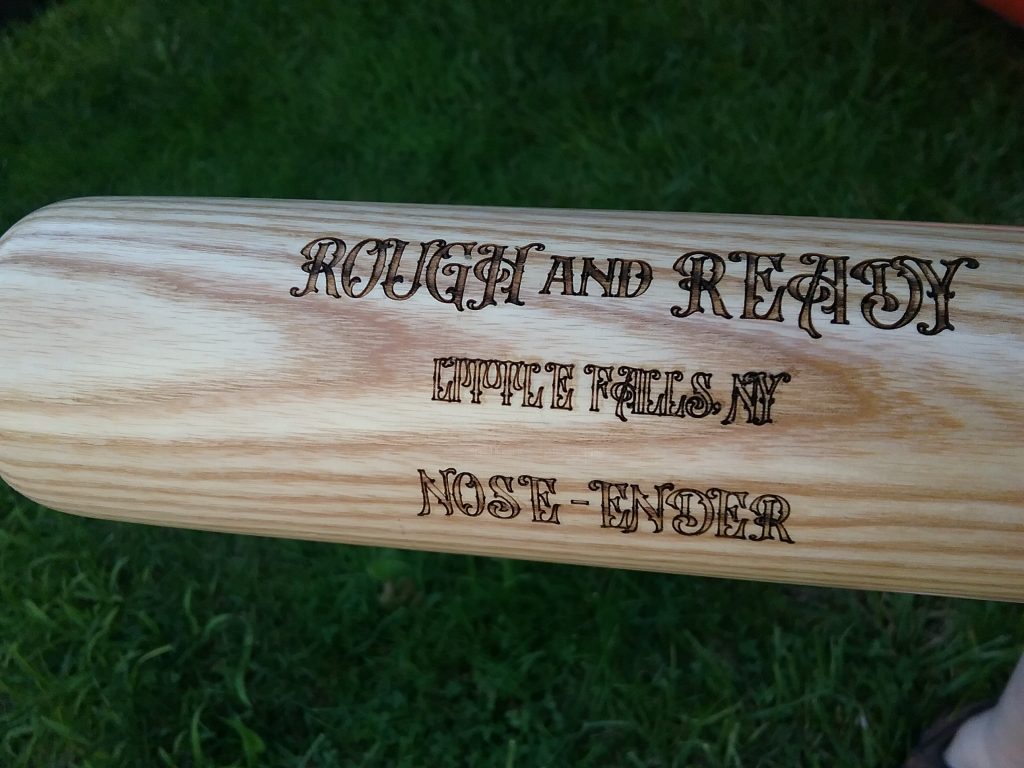 Giudilli said that he’s known Jeff Gressler since he was six years old and that he already does replication, turning, and specialty products in his day job. “Since he knew that, he asked me if I’d be interested in this project. I have a little side business where I do things like that. I’ve invested in some equipment like lasers and CNC equipment, but being vintage, I had to hand-turn all of these.”

He said that he went online and did a lot of research on vintage league base ball and found some information on the Little Falls Historical website as well. “I managed to come up with some old Spalding ads and some other old advertisements and went off the visuals. They had a guideline of no longer than 42″ and no bigger around than 2 1/2″. Anything goes other than that.” 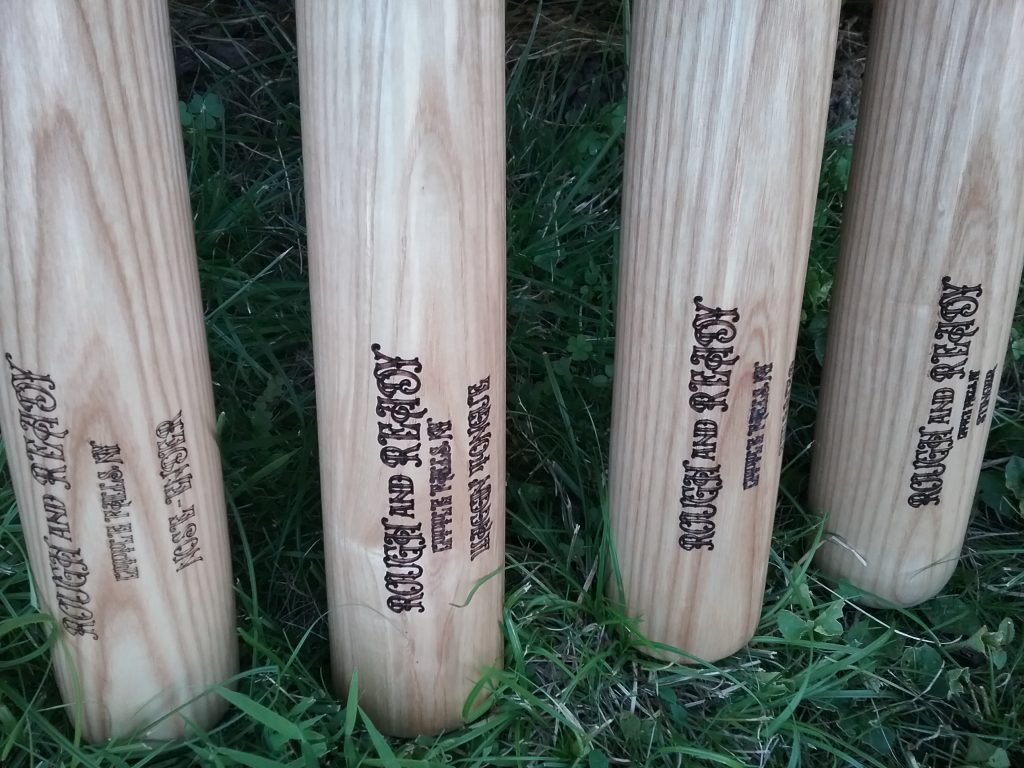 Giudilli said that the original team had been called the Rough and Readies, so he used that as the name of the company that made the bats. “I learned to turn wood by hand. I’m out of practice, but it was fun. I hadn’t done it in a while and it gave me an excuse to go out and buy some new tools.”

“All the bats were named from 1800s baseball lingo. Each one has its own unique name. It was a neat project, I enjoyed doing it,” he stated.