Event at the Rock City Centre in Little Falls, N.Y. Will Feature a Discussion of Voter Attitudes Towards Reform and the Unveiling of a New Poll on Open Primaries

On Wednesday, December 1 from 5:00 – 7:00 pm, internationally-respected independent pollster John Zogby will join Unite NY for a special event that will discuss the attitude New York voters have towards political reform. The centerpiece of the discussion will be the unveiling of the results of a new poll on open primaries. 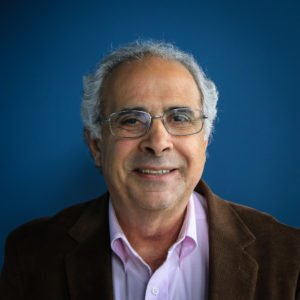 John Zogby said, “I am excited to spend an evening discussing our recent findings on New York voter opinions towards political reform. Having spent my entire career spotting trends and measuring voter sentiment around the world, I’m excited to lead this discussion in my native Upstate NY talking about what people really want from their government and the political process in general. I want to thank Unite NY for putting on the program and look forward to seeing everyone in Little Falls.”

Martin Babinec, Founder of Unite NY said, “For far too long, New York’s political system has been a clear example of all that’s wrong with politics. Party bosses, special interests, dirty money, and lobbyists call the shots, and the result is one of the least transparent, least ethical, and least effective governing structures in the US. Voters have had enough, and we encourage all that are interested to come out and join us on December 1, as John and Jeremy Zogby provide an illuminating look at the attitudes and satisfaction voters on New York have with our current system.”

Unite NY is working to create desperately needed political reform in New York. Currently, less than 30 percent of general election races for state Legislature are competitive and 70 percent of these elections are actually decided in primaries. In New York that means millions of voters are excluded from the process and that number continues to rise.

Earlier this year, Unite NY engaged nonpartisan pollster John Zogby to survey New York voters about various political reforms, including open primaries, and the results of that survey will be made public at this event.

The event is scheduled for Wednesday, December 1 from 5:00 – 7:00 PM at the Rock City Centre, 690 East Main Street Little Falls, NY. The event is open to the public and tickets can be purchased here.

John Zogby is a pollster, author, trend-spotter, and thought leader. John has spent the past four decades as one of the most accurate pollsters in the world, conducting business in 80 countries, and leading the way in finding the meaning, story, direction, and usefulness of the data collected. Learn more here.

Unite NY is the new political home in New York State for Republicans, Democrats, conservatives, liberals, and independents to come together to seek common-sense solutions.  This movement also offers a home to more than 3.5 million New York voters not currently enrolled in a major party.  Focused on a non-partisan approach to fixing real problems in our government, democracy, and economy, Unite NY supports candidates who understand working together is the only way we can succeed.  Further, in 2022, Unite NY seeks to establish a ballot line by running a candidate for Governor to help fill the void created by our loss of 5 of the 7 minor parties previously holding statewide ballot access now eliminated from voter choice as the result of 2020 legislation which tripled the qualification hurdles needed to qualify as a minor party. Learn more at www.UniteNY.org.