Richard “Dick” A. Noonan, 85, of Dolgeville, New York, passed away peacefully on Saturday evening, February 20, 2021, at Alpine Rehabilitation and Nursing Center in Little Falls, New York with his son and wife, by his side. 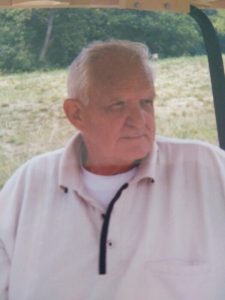 in Little Falls, New York, and was the son of the late, Andrew and Charlotte (Hall) Noonan. He attended Dolgeville Central School and graduated with the Class of 1953.

Upon graduation, Dick enlisted in the United States Marine Corps in 1953. He served his country during the Korean War as a Private First Class. Dick was honorably discharged in 1957.

On October 15, 1966, Dick was united in marriage to Ann E. Nagle at St. Joseph’s Church in Dolgeville, New York. The couple shared a union of 54 years together.

Dick spent his earlier years employed as a grocer at Joe Oliver’s Grocery Store, Royal Market, and Contino’s Market in Dolgeville, New York. Later in life, he went to work as a custodian at Dolgeville Central School, retiring in 2002 and continued to work part-time until several years ago.

Dick was a lifelong Cleveland Browns fan who finally was able to watch his team have a winning season and make the playoffs, something he was certain would never happen again in his lifetime. When not at work at the school or taking care of his lawn, Dick could be found on the golf course. He knew every inch of all the area’s most popular courses and relished in beating his son and his friends on each and every one of those courses. He will be deeply missed by his family, friends, and community.

He is survived by his beloved wife, Ann E. Noonan at home; a loving son, Tim Noonan and his wife, Andrea of Connecticut; and numerous cherished nieces and nephews who all loved their Uncle Dick.

Dick was predeceased by his parents, Andrew F. Noonan and Charlotte M. (Hall) Noonan and his brother, Charles “Chuck” Noonan and his wife, Joan, and a sister, Patty Noonan Smith and her husband, Charles.

Calling hours will be held on Thursday evening, February 25, 2021, from 4 p.m. to 7 p.m. at Miller-Plonka Funeral Home, 30 Wolf Street, Dolgeville, New York. Please wear a mask or facial covering and contact tracing and social distancing protocols will be followed.

A graveside service will be held in the spring at St. Bridget’s Cemetery in Salisbury Center, New York, where members of the United States Marine Corps will accord funeral honors.

To leave a message of sympathy for the Noonan family, please visit www.millerplonkafuneralhome.com and sign the tribute wall.