Rock Valley Brewing Company where the Riggie Wars 1 will be held on Saturday, April 30th. 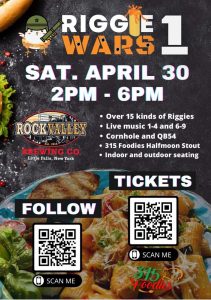 The 315 Foodies have another event planned for Little Falls, on Saturday, April 30th from 2 pm until 6 pm at Rock Valley Brewing Company in Canal Place. Riggie Wars is the official Riggies cooking competition of the 315 Foodies.

Competitors enter their best riggies, traditionally a chicken & rigatoni dish, and are judged by samplers and guest judges. Prizes will be awarded, but the Foodies state, that there’s nothing more valuable than the bragging rights.

This is the first competition of a series, that will be held throughout the 315 area code and broken up into divisions. Multiple winners from each division will face off in the Riggie Wars World Championships to be held in the birthplace of Chicken Riggies, Utica, NY.

Preston Moore, one of the 315 Foodies organizers of the event said, “We did the Chili Cookoff in November, at what was then called Ironrock Brewing Company, now Rock Valley Brewing Company. That went really well and was a successful event.” 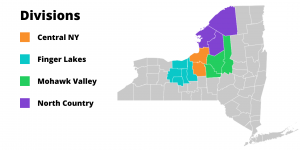 Mike George, owner of the brewery loved the cookoff and called Moore at the beginning of March asking when they would have the next event. “I went down, had a beer with him, and discussed things we could do,” stated Moore.

He said that they had had an idea about a riggies competition for quite a while because it was an obvious one. “We wanted to wait for just the right time, and this felt like it.”

Moore said that the whole thing had to come together pretty quickly, a website, a Facebook page, and the signing up of all of the competitors.

“It’s going to be blind voting, so none of the restaurants are going to be serving their own riggies. The tickets we’re selling are for sampling, which we limited to 315.” (they are currently sold out, but there is a waiting list)

More continued, “We’ll have all of the food set up inside and the street will be barricaded off, so we’ll have indoor/outdoor spaces with tables and tents out there. There will also be games outside like corn hole and QB 54.”

Rock Valley Brewing Company has gotten a permit, so beer cider, and wine will be able to be taken outside, but the hard liquor will have to stay inside.

Both George and Moore said that they expect 700 people or more to attend the event on the 30th. 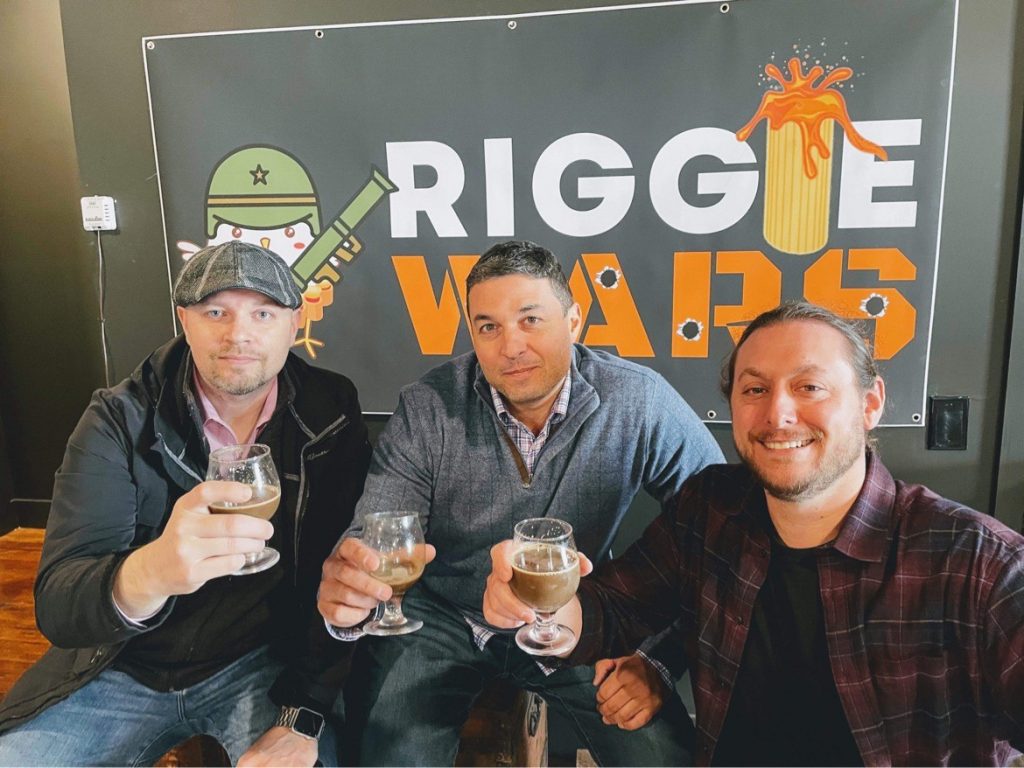 Mike George said that he wanted to do another event with the 315 Foodies because the Chile cookoff last year was such a “smashing success. It was very well attended and we raised some money for a charity, which was amazing.”

He said that he initially approached this event like he had the Chile Cookoff last year, but that with the amount of engagement on Facebook, he realized it was going to be a much bigger deal.

“I think it’s going to be a madhouse. A lot of it depends on the weather, but I’m hopeful for it,” he stated.

Here are the competitors as of the time of publication:

Moore said that the Little Falls Elks Lodge No. 42 has been a great help in putting the event together as well.

Schedule of Events at Rock Valley Brewing Company on Saturday: