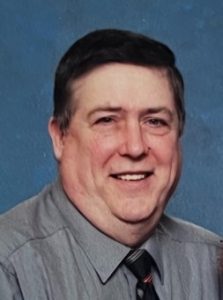 Robert L. Link, 72, of the Town of Oppenheim, Dolgeville, New York passed away on Friday, October 8, 2021, at Upstate Medical University Hospital in Syracuse, New York, with his loving daughter by his side.

He was born on December 29, 1948, in Queens, New York, was the son of the late, George and Allia (Frisehkorn) Link, and was raised in Woodhaven, New York. Robert was educated at Thomas A. Edison High School in Queens, New York, and graduated with the Class of 1966. Upon his graduation, Robert enlisted in the United States Army and served his country in the Vietnam War era. He received an honorable discharge for his courageous service in the war.

On August 16, 1974, Robert was united in marriage to the former, Jeanne C. Dunn in Long Branch, New Jersey. The couple had recently celebrated 44 years of marriage together and raised their three daughters in a loving home. Jeanne passed away on October 18, 2018. Robert is now reunited with the love of his life after nearly three years without her.

Robert received his training by graduating from the police academy in 1975, 153rd municipal class as well as the New Jersey State Police Academy. He was formerly employed as a police officer in New Jersey, as well as working for the United States Postal Service, a mechanic for Chevy, and at Walmart. He also served as the Oppenheim Town Justice for several years.

Robert was a proud United States Army Veteran, was a member of the American Legion and the New York State Magistrates Association. He enjoyed woodworking in his spare time. A loving husband, father, grandfather, great-grandfather, brother, and friend, Robert will be missed dearly by his family.

He was predeceased by his parents, wife, and sisters, Anne Jaquay and Doris Brown.

In keeping with family wishes, there will be no formal funeral home services. A Celebration of Life will be held at a date and time to be announced within the next couple of days.

The family is being cared for by Miller-Plonka Funeral Home, 30 Wolf Street, Dolgeville, New York 13329.

Messages of sympathy for the Family of Robert L. Link can be made at www.millerplonkafuneralhome.com by signing the tribute wall.