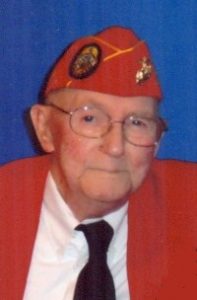 LITTLE FALLS – Mr. Robert W. “Bob” McGowan, Sr., 88, of Burwell Street, Little Falls, NY, passed away on Thanksgiving morning, Thursday, November 28, 2019, at his home, with his loving and devoted family at his side. Bob’s daughter Nancy, and his son Robert were at his side during the last two months at all times and we are so very appreciative of that.

He was born September 12, 1931, in Little Falls, New York, a son of the late Berton and Louise (Eisenhut) McGowan and was educated in St. Mary’s Academy. He joined in marriage with Muriel Smith McGowan who died in 1979. Bob then was married to Nancy Russell Rowland McGowan and she survives. Bob served our country with the United States Army in 1948 just after World War II. He then enlisted with the United States Air Force, Korean War, in Japan. Then, after serving four years with the Air Force he served in the Marines for seven years and during that time sustained an injury. He last worked as a welder with Snyder’s Bicycle Factory in Little Falls and was a member of the Holy Family Parish. He was a lifetime member of the Ilion Marine Corps League, a lifetime member of the DAV, a member of the Little Falls American Legion Post #31 and he spent much relaxing time practicing his talent of re-finishing furniture. Bob was trusted and admired by his family because he was the epitome of everything that a man should be.

He is survived by his family, his wife, Nancy; his children, Lou Ann Przydatek and her husband, Edward, of Little Falls, Nancy Brewer, of Mohawk, Robert McGowan, Jr., of Little Falls, Patrick McGowan, of Tucson, Arizona and William McGowan and his wife, Tina, of Papillion, Nebraska; his stepchildren, Katherine and Gary Bonner, of Liverpool and John and Christine Rowland, of Liverpool; his sister and brother-in-law, Joan and Don Congdon, of Little Falls; 28 grandchildren; numerous great-grandchildren; and many nieces, nephews and cousins.

He was predeceased by his son, Michael McGowan, in 1979; his parents; his siblings, Sr. Margaret, Edna, Gertrude, John, Jim, Ed, and Berton; his daughter-in-law, Sherry; and his son-in-law, Daniel Brewer.

Funeral services will be held on Wednesday, December 4, 2019, at 10:15 AM, at the Enea Family Funeral Home, 24 West Monroe Street, in Little Falls, NY and at 11:00 AM at the Holy Family Parish Church, corner of East Main & John Streets, Little Falls, where his Mass of Christian Burial will be celebrated by Father Terence Healy, assisted by Deacon James Bower. Interment will follow at St. Mary’s Cemetery, Town of Herkimer, with full military honors.

Calling hours for family and friends are Tuesday evening, December 3, 2019, at the funeral home, 4:00 PM until 7:00 PM and all are invited to the funeral on Wednesday as well.

During the calling hours Tuesday at the funeral home, we would like to invite the Ilion Marine Corps League to perform their ritualistic service at 6:00 PM and the Little Falls American Legion Post #31 to do the same at 6:30 PM.

Those wishing to remember Bob in a special way, in lieu of floral offerings, are asked to consider a donation in his memory to the Wounded Warrior Project, P.O. Box 758516, Topeka, Kansas 66675-8516. Envelopes for this opportunity will be available at the funeral home.

The family extends a very special thank you to all his caregivers who tended to him excellently in his own home, inclusive to Hospice and Doctor David Liu and all the wonderful Veteran connected services he had throughout his life.

To extend an online note of sympathy, please visit www.eneafamily.com on the Internet.