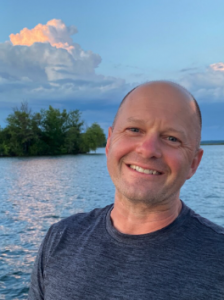 He was born in Warsaw, NY on June 25, 1971. Scott graduated from Warsaw Central School, Class of 1990. He went on to graduate from SUNY Brockport with a bachelor’s degree in Psychology.

Scott had been a local area resident since 2002 and had retired from the Dolgeville Police Department in 2021.

He was a communicant of St. Joseph’s Catholic Church of Dolgeville.

He enjoyed hunting, fishing, being outdoors, traveling, and weightlifting. Scott was a selfless and kind man who was a loving husband and exceptional father.

In 2002, at St. Joseph’s in Dolgeville, he married Melanie Cooper.

A private mass will take place at the convenience of the family.

Anyone wishing to make a memorial contribution in Scott’s memory, please consider a charity of one’s choice.

To send flowers to the family or plant a tree in memory of Scott Davies, please visit https://chapmanmoser.com/