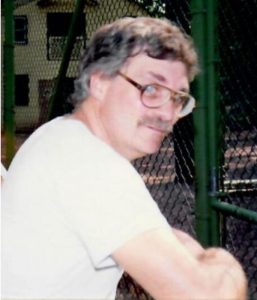 Stephen “Rick” D. Fake, 71, of St. Johnsville, New York passed away peacefully early Sunday morning, January 17, 2021, at Bassett Healthcare in Cooperstown, New York with his family by his side.

He was born on February 6, 1949, in Little Falls, New York, and was the son of the late, Earl and Gladys Fake. He was educated at Ilion Central School and graduated with the Class of 1967.

Rick was an avid outdoorsman who loved snowmobiling, racing, NASCAR, and had a huge heart for animals, especially dogs. His most special times were spent racing Polaris snowmobiles with his son, Jeff, and enjoying his time at camp.

He was predeceased by his parents, Earl and Gladys Fake, a sister, Evelyn Molinaro, and his sister in law, Alice Fake.

In keeping with Rick’s wishes, there will be no formal services or calling hours at this time. The family is being cared for by Miller-Plonka Funeral Home, 30 Wolf Street, Dolgeville, New York 13329.

To leave a message of sympathy for the Fake family, please visit www.millerplonkafuneralhome.com and sign the guest book.