The Little Falls American Legion Post 31 held a subdued Veterans Day Ceremony in Eastern Park at 11:00 am on Wednesday with a minimal crowd preset due to COVID-19.

Mayor Mark Blask said, “It’s obviously a different year this year, but next year we’ll be back in full force. It’s obviously important to remember the veterans on Veterans Day. It’s a glorious day. Anyone who has worn the uniform, we appreciate their service.”

“I really appreciate the American Legion having this idea to have a smaller ceremony this year, but still doing it,” he stated.

Pete Atutis with the American Legion had some readings that he had researched and read aloud. One was from General Norman Schwarzkopf, who said, “It doesn’t take a hero to order men into battle. It takes a hero to be one of those men who goes into battle.”

Atutis said that he thought it was most fitting for Veterans Day. 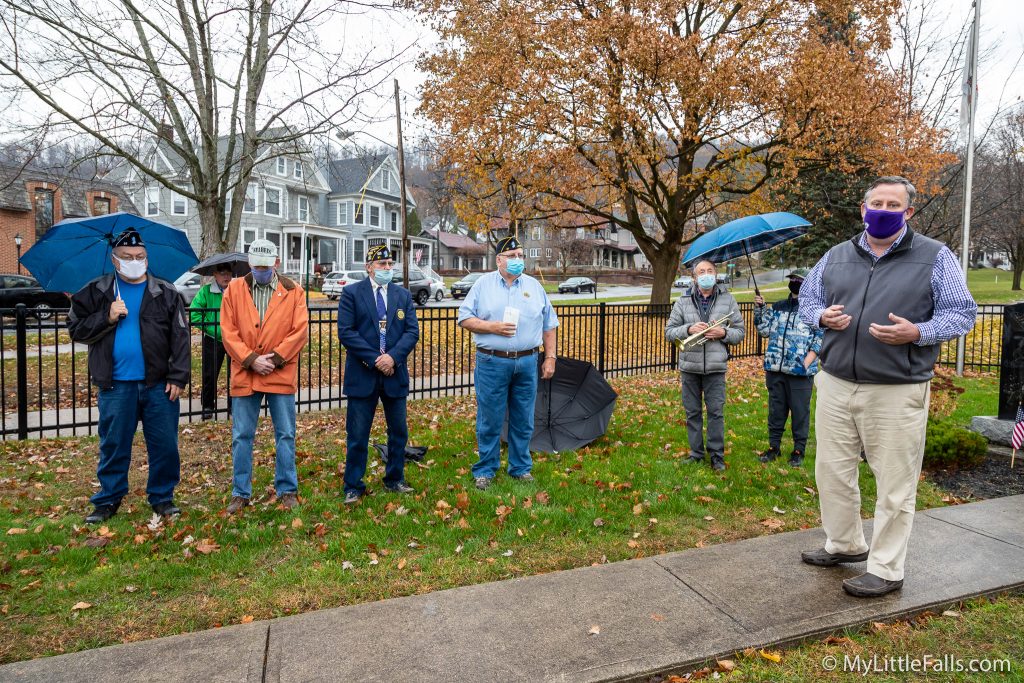 Photo by Dave Warner – Mayor Mark Blask addresses the small crowd on hand during the
Veterans Day Ceremony in Eastern Park as members of the Little Falls American Legion Post 31 and Oscar Stivala plays look on.