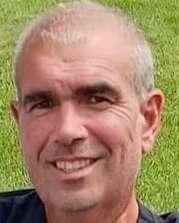 Timothy J. “Tim” Noffer, age 55, of Avery Road, Ilion, loving husband of Christie (Blaise) Noffer, passed away peacefully on Wednesday afternoon, January 18, 2023, in the peace and comfort of his home. At the time of his passing, he had the love and support of his family, at his side, after fighting a courageous battle with cancer.

He was born in Herkimer on March 22, 1967, son of the late James Noffer and Nancy and the late Christopher Monohan of Ilion.  He received his education in Ilion schools graduating with the Class of 1985, Ilion High School.  He was united in marriage with Christie Blaise on May 22, 2004, in Ilion, a loving union of 18 years. He has been employed with the Village of Ilion for 33 years and recently retired as Supervisor of the Department of Public Works.  Tim also owned and operated his own concrete and plowing business, Noffer Enterprises, for over 28 years, which he began in 1994.  Special thank you to Matt DeLong, who helped operate the business throughout Tim’s illness.  Tim was an extremely hard worker and known for his dedication to the community.

In his earlier years, Tim loved motorized toys, including his 67 Camaro, motorcycles, snowmobiles, 4-wheelers, boats, and campers. Tim worked hard and played harder.  He was happiest when camping and vacationing in Florida and Wildwood, NJ, with his family.  This past year he went to Alaska on a fishing trip, which he was very proud of.  Some of his greatest times were at his annual Black Lake fishing trip with the guys. Tim was the proud organizer of the annual Noffer hog roast.  He enjoyed his weekends at Brantingham Lake.

Tim made a point to never miss a special event that meant something to his children. He was their biggest fan, always showing his love and support.  A friend to everyone, he valued and showed loyalty, making sure to put in the time to nurture relationships, always spending quality time with family and friends.  Tim was a wonderful son, husband, father, and brother, always putting his family before himself.

He will be missed and live on in the hearts of all he knew, including his wife, Christie of Ilion; his mother, Nancy of Ilion; his children, Cody, Bailey, Dylan, Kirsten and Jordan; his siblings, Daniel Noffer (Dawn) of Little Falls, Diane Dicob of Mohawk and Susie Ball (Delbert) of Herkimer; granddaughter, Genevieve; several nieces, nephews, cousins, and friends; stepmother, Barbara Noffer of Rome; in-laws, Doug and Carrie Blaise of Ilion, Courtney Myers (Devo) of Frankfort, Tara Blaise (Bob) of Litchfield, Jill Blaise (Jesse) of Frankfort, and Bert Doolen (Tamara) of Frankfort. Also surviving is his canine companion, Teddy Bear.  He was preceded in death by James Noffer and Christopher Monohan; brother, Michael Noffer; brother-in-law, Donald Dicob; sister-in-law, Christine Noffer of Ilion and grandma, Jill Doolen.  A special thank you is extended to Tim’s many friends (too numerous to mention), all who were extremely supportive and there for Tim during his illness and untimely passing.

In keeping with Tim’s adamant wishes, there are no calling hours.  A celebration of his life will take place in his garage on Avery Road, Ilion, later in the spring at a time to be announced. Tim’s family planned funeral arrangements with Mohawk Valley Funerals and Cremations, 7507 State Route 5 (between Little Falls and St. Johnsville), 315-508-5131.  To offer condolences or share a memory,  please visit www.mohawkvalleyfunerals.com.