Six members of the Little Falls community decided that they were going to run for the three Little Falls School District Board of Education commissioner positions and the unofficial results show the winners in the race:

Also on the ballot were two propositions, the first being a 0.8% increase in the tax levy, which according to Dr. Keith T. Levatino, Superintendent of Schools “Is well below the state levy limit and will qualify our residents for the STAR credit.”

And the second proposition was allowing the Little Falls City Public library to be authorized to increase its Real Property Tax Levy from $92,008 to $93,848.

Unofficial results for both propositions were:

While all the voting was taking place, the students held their 21st Century Learning Fair with various art displays, Engineering by Design displays, sculptures, technology mock-ups, and even a drone demonstration. 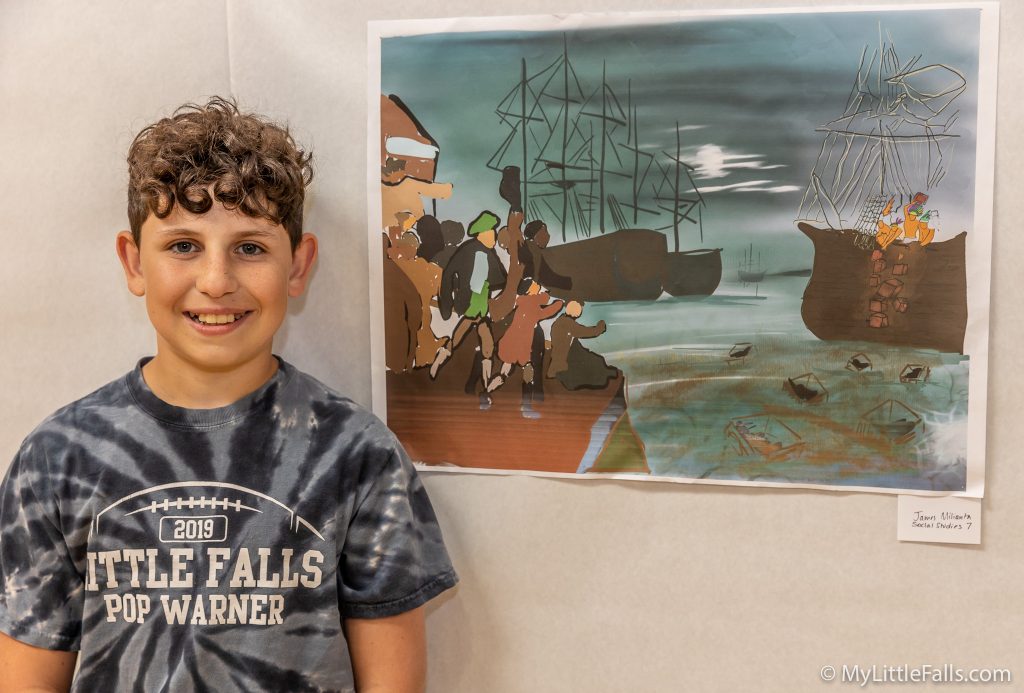 James Milianta (above)had some of his digital work on display and stated, “On this project, I used the iPad and got a bunch of pictures from the Internet and traced them, and moved them around so it was all in one picture.”

He used a program called ProCreate for his design and said, “I was showing the Boston Tea Party. You can see them dumping the tea from the crates into the ocean.”

Milianta said his mother taught him a lot of this and that he wants to continue learning more. He said, “This might even take me to art school.” 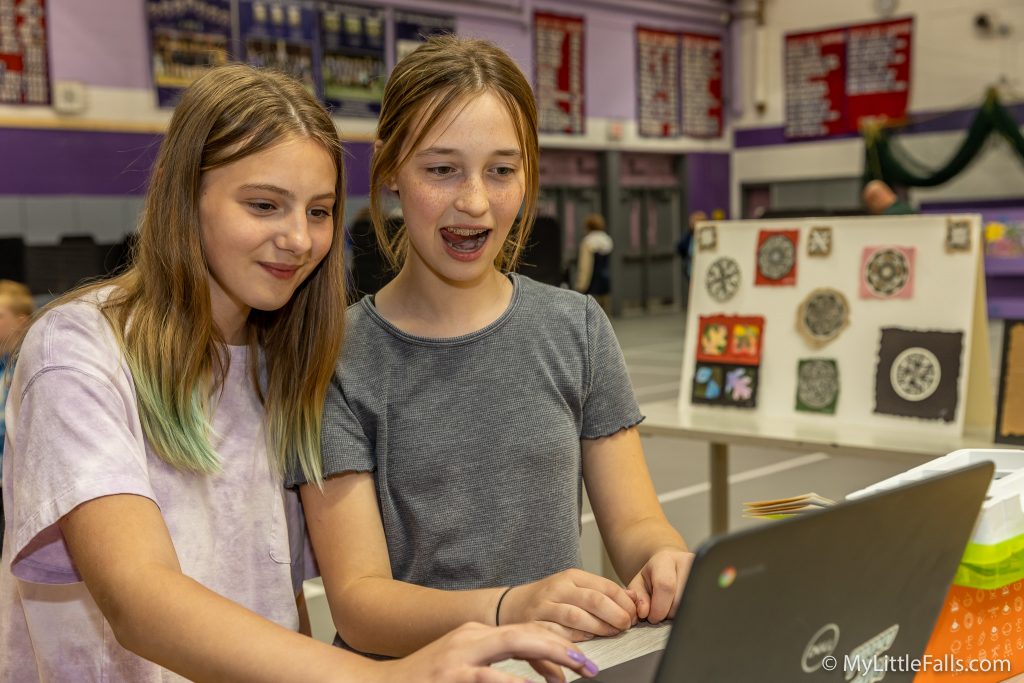 Brooke Becker (left) and Isabella Burton (above) were involved in technology and programming, creating a doorbell where you could change the ring tone. Becker said, “You can change things to make it go faster or slower. It can have different tunes.”

She said that she was just doing this for fun, and both girls said that they wanted to be veterinarians. They said that was why they were friends. 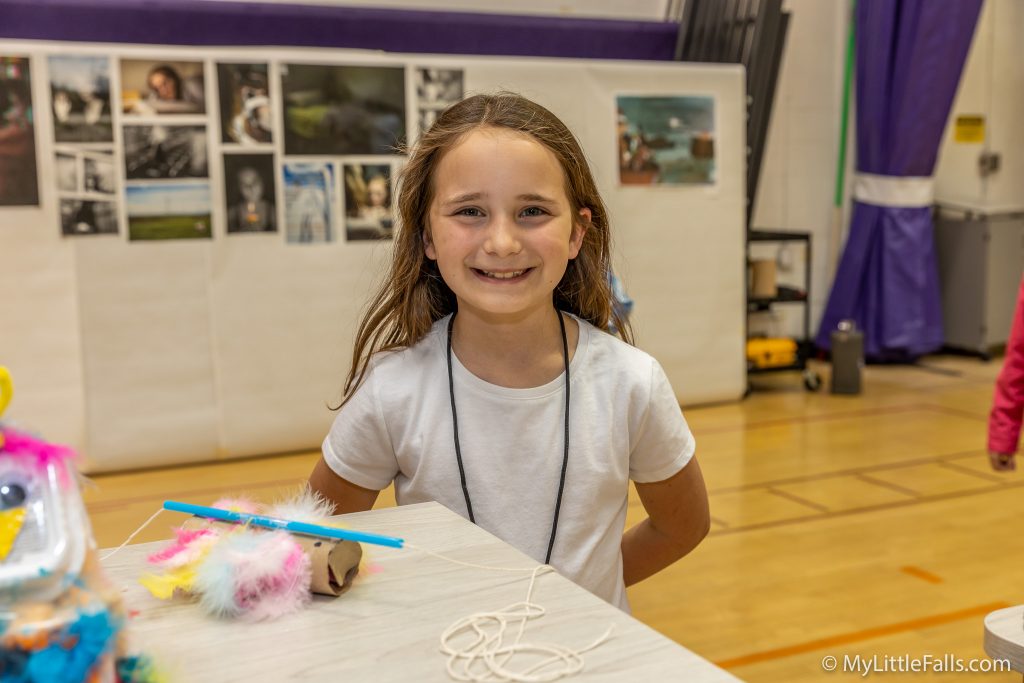 Piper Marrone (above) created a seeding device out of feathers, paper for the beak, a straw, cardboard, and a marker for the eyes. She said, “I was trying to learn. You were supposed to put seeds inside and then you had someone down low and someone up high and when it goes down the rope it spreads the seeds on the ground.”