The Comets improve their record to 8-0-0-0 with the victory on Veterans Day.

It was another slow start for the Utica Comets, but once again their goaltending kept them in the game. Once again, the Comets turned it on in the third period to win a game – this time it was a 3-1 victory over their arch-rival, the Syracuse Crunch.

Nico Daws got the start in net for the Comets on Thursday, and to put it simply, he was under siege in the first period. Utica got the first scoring chance about two minutes into the period when Nolan Foote just missed the top right corner with a laser-like wrist shot, but it was all Crunch after that. By halfway through the first, Syracuse had outshot Utica by a margin of 16-1, and totaled nineteen for the period. Daws was up to challenge however, and stopped all nineteen shots.

The Comets played the game without leading scorer Chase DeLeo, who was a surprise scratch. It showed for the first half of the game, as the offense would have trouble generating chances. Syracuse was able to get on the board first in the second period. Crunch defenseman Sean Day took a shot from the point that went off the end boards right to Jimmy Huntington, who sent a beauty of a backhand pass across the Comets crease to Gabriel Fortier. Fortier beat Daws to light the lamp with his second goal of the season. 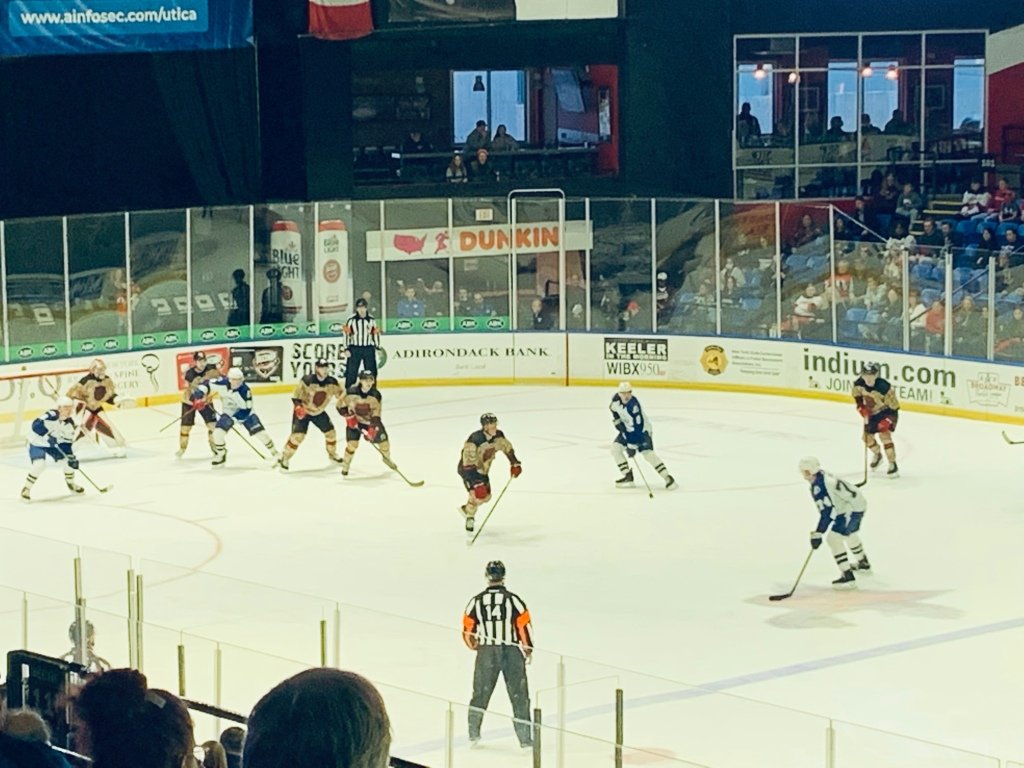 The Syracuse Crunch set up in the zone while Comets goaltender Nico Daws waits to make a save. Photo credit: Kristy Kinville.

The Fortier goal would serve as a wakeup call for Utica, as just over a minute later they would even the score. The Comets crashed the net for loose puck in front of the Syracuse net, and AJ Greer put the past Crunch goaltender Amir Miftakhov to make the score 1-1. Miftakhov was playing in his second game in two days, as he was the starting goaltender for Syracuse on Wednesday against Bridgeport.

The third period would see the Comets take the game over, especially in the latter half of the frame. Utica Captain Ryan Schmelzer was awarded a penalty shot with 5:18 left in the game when he was hauled down after getting in alone on Miftakhov. Although Schmelzer was denied on the penalty shot by Miftakhov, the Comets would strike less than a minute later. Newcomer Marian Studenic found Fabian Zetterlund all alone in the high slot who wired a shot past Miftakhov to give Utica a 2-1 lead. 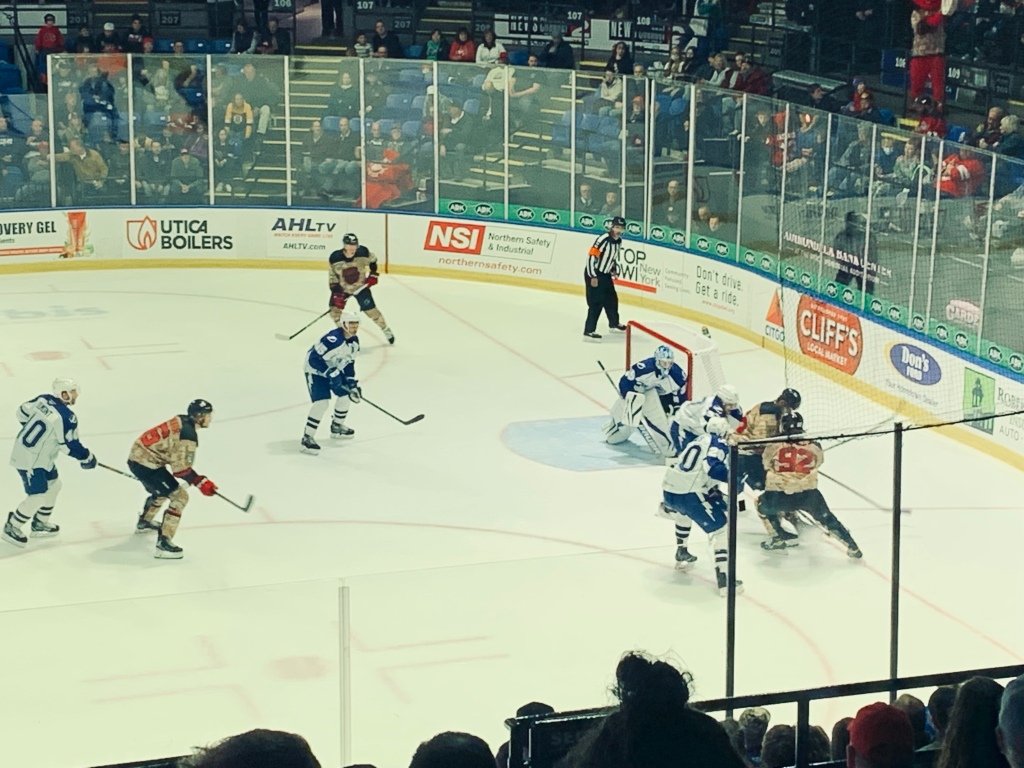 The Utica Comets got an insurance goal exactly two minutes later. Studenic once again found an open teammate in the slot, this time it was AJ Greer. Miftakhov stopped Greer’s first shot but he was able put his own rebound in the net to give Utica a 3-1 lead that would be the final score.

Notes: Daws made 30 saves for Utica, Miftakhov made 22 saves for Syracuse….Neither team scored on the power play, Utica went 0/3, Syracuse went 0/1….Studenic and Frederik Gauthier both made their Comets debut in this game….Three Comets had two points – Greer (2 goals), Zetterlund (1 goal, 1 assist), and Studenic (2 assists)….Forward Samuel Laberge has been recalled by the Comets from the Adirondack Thunder….Brian Flynn has missed four straight games. 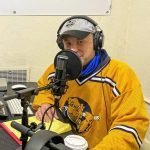 Scott is the host of Marty’s Illegal Stick Podcast, which airs Thursday nights on My Little Falls Radio. If you spend even five minutes with Scott, you’ll figure out pretty quickly that he is passionate about all aspects of hockey, from stats to players, to the draft and even fantasy hockey.

“There are a ton of hockey podcasts out there, but to differentiate ourselves, I want to be able to spotlight local hockey players in the Mohawk Valley, and people that have connections to the NHL. That’s going to be our thing.”