What a difference a day makes…

Tuesday morning, the first home to be demolished in the City of Little Falls by the Greater Mohawk Valley Land Bank met its fate. The home at 208 Loomis Street had been on the GMVLB’s radar for a while, but ownership had not been transferred to them until August.

According to their website, the mission of the Greater Mohawk Valley Land Bank (GMVLB) is to address vacant, abandoned and blighted properties located within the Mohawk Valley region. The GMVLB acts in conjunction with Foreclosing Governmental Units (FGUs), other municipalities, and non-profit groups across six counties, to leverage all available resources to revitalize the region’s built environment, thereby making it more attractive to new development and investment.

Executive Director Tolga J. Morawski stated, “I’m glad it’s finally happening, but we just got title to the property in August and here it is a month later. We were prepared to move quickly once we got the title. It’s been a long-standing eyesore in the neighborhood.”

The organization has some rehabs that they are going after in the Little Falls area that they hope will start soon. A project that’s currently being worked on is 1347 Top Notch Rd, in the Town of Little Falls.  “We have another one downtown that we’re working on putting together an acquisition for,” he said.

“We’re excited that we’re moving forward. I think everyone wishes that it would have been able to happen sooner, but we’re committed to working as quickly as we can with our partners,” Morawski said. 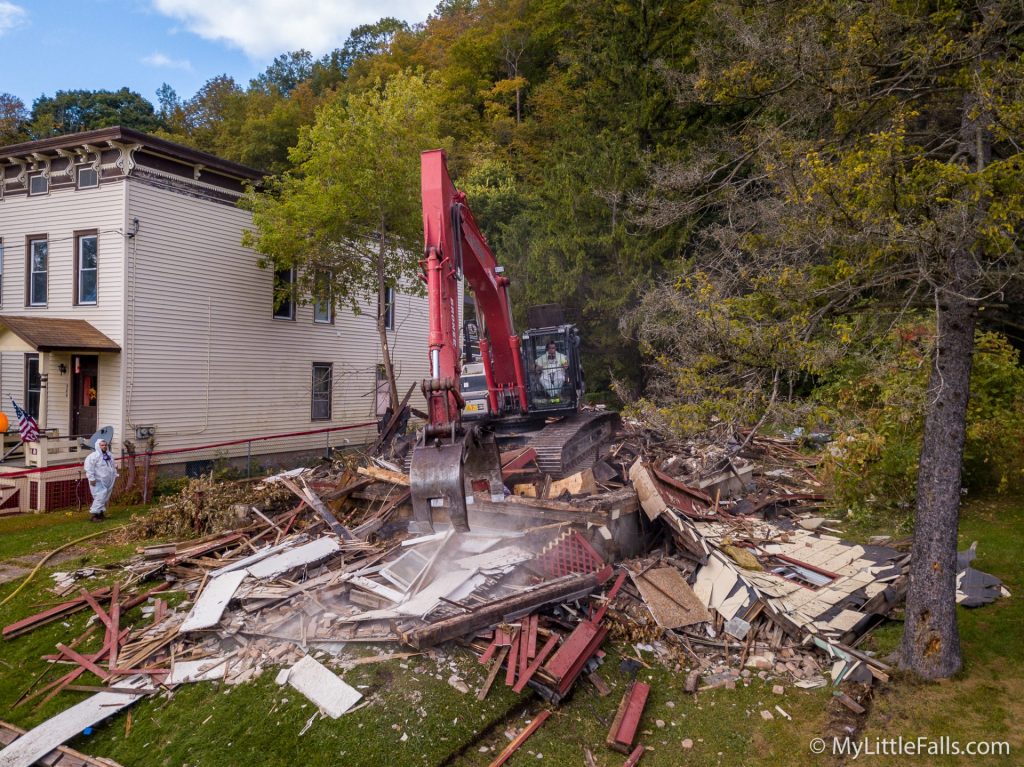 Photo by Dave Warner – Just eight hours after they started, the BRONZE Contracting LLC crew has the house torn down at 208 Loomis Street.