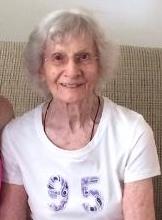 She participated in Sokol USA meetings and events throughout her life, including performing in calisthenics exercises. As the wife of Supreme Secretary John Babuska, she often invited Sokol Traveling Instructors and dignitaries into their home in Perth Amboy, New Jersey (where the Sokol USA Headquarters office was located), for dinner and even overnight lodging. She was an active participant in the activities of Sokol Lodge 6W in Perth Amboy and became a troop leader with the Girl Scouts. After Sokol Headquarters moved to East Orange she transferred to Lodge 12, (originally located in Newark and later in Union NJ), where she held the positions of Recording Secretary and President of Lodge 12. Meanwhile, she put in many weekends of volunteer work over many years at the Boonton, NJ, Sokol Camp, and at Sokol Woodlands camp in Barryville, New York. Simultaneously, she facilitated her six children’s participation in Sokol competitions, Slets, and camping programs while making sure that their schoolwork was never neglected.

After retiring to Tampa FL, she excelled in the Sokol USA Walking Club and spent many years continuing as a volunteer with the Girl Scouts, with which she became a 64-year Lifetime Member. She also volunteered with the RSVP volunteers (Hillsborough County, FL), Lutheran Braille Workers, and at the Kaye Prox Food Bank at the Lutheran Church of Our Saviour, where she was a member for many years. Her hobbies included painting flowers in beautiful arrangements, dancing, reading, and (until her last month) walking.