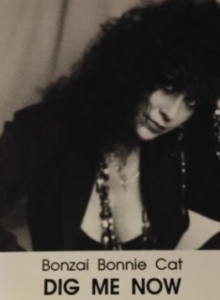 Mrs. Bonnie Maslow — an avid artist, librarian, environmentalist, and advocate for animals — died on Saturday, Jan. 8, 2022, at her home on E. Gansevoort Street in Little Falls, New York. She was 67.

“Bonnie would want us to show kindness to everyone and look out for our neighbors,” husband Edward Maslow, whom Bonnie married on June 26, 2004, at Our Lady of Apostle in Frankfort, says of his late wife’s loving spirit.

Born on May 23, 1954, in Ilion, New York, Bonnie was the daughter of James R. Domina and Jennie M. Stegich Domina. She attended Frankfort-Schuyler Central School. Later in life, she obtained her Master of Science (MS) from the University of Buffalo in Library Science and became a New York State master librarian, both of which she was very proud.

During the 1970s, Bonnie wrote and recorded music as a vocalist for the band Cat House, with whom she performed in popular venues on the Miami music scene.

In addition to music, Bonnie was passionate about design, particularly costuming, as she worked for large nationwide costuming companies. In the 90s, her interest in the performing arts again showed itself as she was recognized as the top-performing store manager for Costume World, a nationally known seller of theatrical wear, out of Boca Raton, Florida. “I remember as a small girl Bonnie getting me the best Halloween costumes, I always won best costume at the skating rink,” says Abraham.

After several decades in Florida, Bonnie traded the Sunshine State for Upstate New York to care for family in her golden years. There, she collaborated on art, home, and business adventures with her husband Edward.

The couple took great pride in buying their historic Little Falls home in 2004. Refurbishing the property and returning the structure to its architectural glory was the couple’s labor of love.

In her downtime, Bonnie worked as a researcher for Todd Bennett Law Office.

Bonnie was outspoken about animal rights. She enjoyed looking after cats and dogs. Her animals brought her immense joy.

“She contributed to many animal charities and shelters,” says Abraham. “She would always take in any stray that came along.”

A service of remembrance will be held at a later date and will be announced in the future. In lieu of flowers, please consider a donation in her name to Sea Shepherd Conservation Society (https://seashepherd.org/), or take a bag of food to your local animal shelter.

To send flowers to the family or plant a tree in memory of Bonnie Maslow, please visit https://chapmanmoser.com/