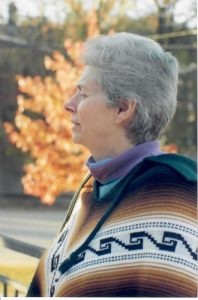 She was born on May 4, 1943, in Unionville, Connecticut, and was the daughter of the late, Otto and Lucille (Sailing) Burk. Diana was educated at Farmington High School and graduated with the Class of 1961.

She went on to pursue many interests, traveled to Europe, learned how to fly, and made herself a well-rounded person before settling down to start a family. She went through multiple hardships during that time in her life but still found a way to stay positive throughout that experience. She moved many times during that period and had a special place in her heart for the state of Utah. She considered the trip out and back from there a spiritual journey and felt that you get a real sense of this country and its people when you travel across it.

After her divorce, she worked towards reinventing herself and set off on new challenges and adventures. She managed a privately funded animal shelter in Northwestern Connecticut with great success and because of her positive attitude and kind nature towards the public and the animals in her care, she gained the attention of many newspapers with Martha Stewart even doing a segment about the shelter during her time there. She then chose to move back to New York to be with her family and attended Herkimer Valley Community College where she earned a paralegal Associate’s Degree.

Diana was formerly employed with Sullivan and Snyder Law Office as a paralegal and then later was elected as the Town of Stratford Clerk in which she held her position until January of 2021.

She was a faithful member of the Stratford United Methodist Church, and the Stratford Senior Center. She was a 57-year member of the Order of the Eastern Star starting her membership in Connecticut and then later affiliating with Auskerada Maquaes Rock City Chapter # 204 in 2007 Diana was an active member of her Chapter where she held several positions serving as Matron in 2020 as well as trustee and historian. Diana helped in the kitchen dining room for dinners and was a Bingo helper.

In her spare time, Diana enjoyed reading, gardening, her faith in religion, and baking. Her most precious time was spent in the company of her beloved grandchildren. Diana will be deeply missed by her family, community, church parish, and her Sisters at Eastern Star.

In keeping with family wishes, there will be no services at this time. The family is being cared for by Miller-Plonka Funeral Home, 30 Wolf Street, Dolgeville, New York.

To leave a message of sympathy for the Massicotte Family, please visit www.millerplonkafuneralhome.com and sign the tribute wall.