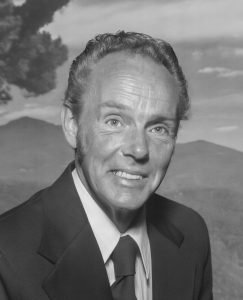 James (Jim) Kaufman, age 90, of Clarksville, Tennessee, passed away peacefully on September 18, 2021. His loving wife, Ruby Kaufman, sister-in-law, Earlene Schultz, and niece, Sheila Ratliff, were by his side before, during, and after his transition.

Jim was Otto and Olga Kaufman’s adopted son of Little Falls, New York, sharing a childhood with his devoted sister, June. Jim remained close to June and her family over the years, building a strong friendship with his brother-in-law David Champion.

While he came into this world alone, he left a family legacy that will last for generations with five children, eight grandchildren, 17 great-grandchildren, and multiple generations of nieces and nephews. He is survived by his wife, Ruby Nell Kaufman of Clarksville, TN, his son James Kaufman, Jr. and wife Joyce, his daughter Deborah Kaufman and husband David Warner, his daughter Pamela LaValla and her husband David, and son-in-law, Bruce Rathbun—all of Little Falls, NY.

Jim served honorably in the United States Air Force during the Korean War, returning home to work with his father in the plumbing trade and eventually opening his own business, Kaufman & Davis, in 1959. He continued to grow the company until 1975, when he sold it to his partner, Bob Davis. A few years later, his son, James Kaufman, Jr., purchased the business and worked it until his retirement in 2020.

Over the years, Jim was an active member of the Little Falls community, especially the Little Falls Elks Lodge #42, where he moved up through the chairs and eventually held the position of Exalted Ruler in the mid-’70s. He was particularly proud of continuing his membership with the Elk’s Lodge throughout his life.

Jim was known as a principled man with a strong sense of fairness, compassion, and respect for others throughout his life. He believed that a man’s word was his bond, and if you promised to do something, you did it. You could always count on him to show up for appointments 15-minutes early—or, in the case of picking someone up at the airport, it would be 30 minutes, just in case the plane arrived early.

His friendships were multi-generational and lasted a lifetime. His favorite word was “appreciation.” He raised his children to understand the power of a thank you for even the smallest of gestures.

He also lived by a set of rules that guided his life. While unwavering in his adherence to these principles, he was also the kind of man who would spend an hour looking for the most appropriate birthday card. He never shared a photograph without writing a message on the back, usually something that would make you smile. He was also incredibly tender-hearted when it came to his pets and could be found most days in his recliner with his dog on his lap.

Jim will be deeply missed by his family and those lucky enough to have known him. No immediate funeral service is planned, as it was Jim’s wish for his ashes to be held and buried with his wife at the time of her death.