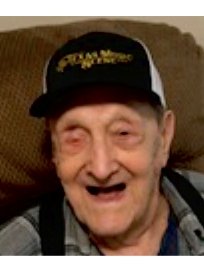 Lloyd was born on January 5, 1926, in Potsdam, NY, son of the late Ida Mussau and Eli Hooper. He attended Potsdam schools, served in the U.S. Navy during WWII, and worked for numerous years with Chicago Pneumatic (UNIVAC), in Utica, NY, as a technician. On April 29th, 1944, he was United in Marriage to Anna Mazilewski, in St. Mary’s Church, Little Falls, NY, and enjoyed a summer camp at Caroga Lake, for over 30 years. The couple also spent some retirement years, in Florida. In his spare time, Lloyd enjoyed playing the guitar, boating, snowmobiling, and repairing TVs and radios. He was blessed with two daughters, grandchildren, great-grandchildren, and great-great-grandchildren, and many nieces and nephews from his five brothers and sisters.

In addition to being predeceased by his wife, Anna Hooper; he was also preceded in death by his grandson, Dennis Guile; his great-grandson, Wyatt Rocks-Moore; and his step-great-grandson, Justin Samsel.

In keeping with family wishes, there will be private services. Private burial will take place at St. Mary’s Cemetery, in the Town of Herkimer, Springtime, 2021, at the convenience of the family.