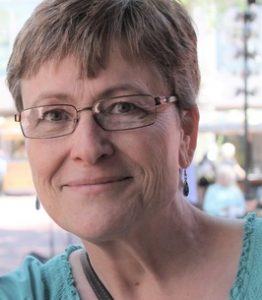 STRATFORD – Marilyn Anne Neely, 64, of 6172 State Route 29A, Stratford, NY, died Friday, May 28, 2021, at Bassett Medical Center in Cooperstown, ending over a two-year battle with cancer with family members at her side.

Born Sept. 4, 1956, in Portsmouth, N.H., the daughter of the late Vernon B. and the late Helen Lucas of Oviedo, Fla. She spent her early childhood years in Maine. In her early teens, she moved to Japan as her father was a civilian employee of the military. When she was a junior in high school, her family moved to Oviedo, Fla., when her father transferred stateside to the Orlando Naval Training Center.

It was in Oviedo where she met Lawrence Neely, whom she married on Oct. 11, 1975. They owned and operated a weekly newspaper in Oviedo. After selling the newspaper, they moved to Winnsboro, S.C., in 1993 where her husband worked at the local newspaper and she focused on raising their young children. In 1995 they moved to Little Falls when her husband was named editor of the Little Falls Evening Times.

As the children got older, she took a clerical position at Little Falls Hospital. Later working as a companion for several elderly people and finally taking a position as receptionist and administrative assistant at Valley Residential Services in East Herkimer, a position she was forced to give up when she was diagnosed with colon cancer.

Survivors include her husband, Lawrence, of Stratford; two sons, Christopher of Little Falls and Allen Sr. of Cooleemee, N.C.; daughter, Sarah of Schenectady; grandchildren, Jayce of Little Falls and Allen Jr. and Amelia of Cooleemee, N.C.; brothers, Robert of Franklin, N.H., and her twin brother Raymond of Orlando, Fla. She was preceded in death by her sister Nancy Garwick of Topsham, Maine; and David Lucas of Kennebunk, Maine.

A memorial service for friends and family will be held later this summer and for family members in Maine.

Marilyn and her family’s care has been placed in the trust of Mohawk Valley Funerals and Cremations, 7507 State Route 5 (corner of Bidleman Road), Little Falls, 315-508-5131.