‘Pain in the Canal’ is an epic adventure for a cause 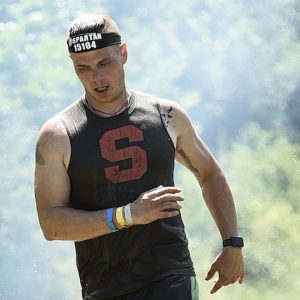 He’s running the length of the Erie Canal and he’s inviting you along.

Just a couple of years ago, Marty Pasternak wasn’t much of a runner. But in April 2019, he decided to participate in the Colorectal Cancer Alliance’s 5K Undy Run in Buffalo. “I wanted to try something new,” he says, “and I wanted to support my cousin.”

Marty’s cousin is Kevin Hays, who was diagnosed with colon cancer seven years ago at the age of 28 and currently serves as Executive Director of Buffalo Colon Corps, a nonprofit working to promote colorectal health, reduce stigma, and encourage early screening.

Marty quickly progressed from 5Ks to 20Ks to ultramarathons, and he’s currently in training for his most venturesome feat yet: a seven-day run along the entire route of the Erie Canal. That’s a total of 361.5 miles and an average of two back-to-back marathons every day. And, just like his first fun run, he’s doing it to honor Kevin and raise awareness about colorectal cancer, which continues to be the second leading cause of cancer death nationwide.

This run will be a singular endeavor, but Marty says, “I don’t want to do it entirely alone.” That’s why he created the virtual Pain in the Canal Challenge, where folks from all around the world are encouraged to walk or run the full distance or half the distance over the three months leading up to Marty’s own start date of August 15. Participants will get cool swag and the opportunity to join Marty in person for any portion of his historic run between Albany and Buffalo. 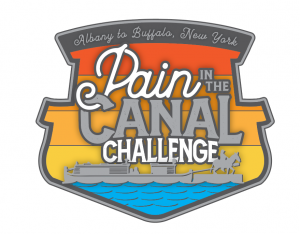 Holly Briere of Baldwinsville, New York, registered for the Pain in the Canal Challenge after hearing an interview with Marty on one of her favorite podcasts, Diz Runs. “I knew immediately I wanted to participate. As an oncology nurse for 23 years, the cause is near and dear to my heart. Treatment and detection methods have improved, but the rates are still increasing in young people. It’s so important to know your risk factors, know the signs and symptoms, and get tested.”

Holly will be running the full distance, which works out to about 30 miles a week with two weeks of rest. “That’s about what I’m running now since I’m training for a marathon,” she says, “but the challenge will be to maintain that mileage in the summer heat. I’ll probably spend a lot of time on shaded trails if I can.”

Tess Fraser, a board member for Buffalo Colon Corps, says, “We are beyond thrilled to be connected to Marty and his inaugural event. Any opportunity to encourage conversations and educate about colorectal cancer is one step closer to shifting the sobering statistics. The funds raised will also enable us to launch some big initiatives focused on increasing access to resources for low-income, rural, BIPOC, and other higher-risk populations.”

Participants can register for the Pain in the Canal Challenge until May 15 at pitcanal.com. Fees are $55–$65 for adults, and youth under 16 can join in for free.