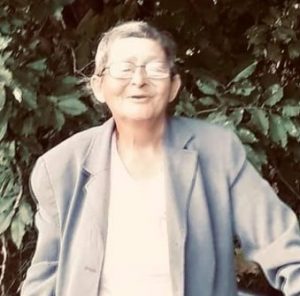 She was born on August 12, 1960, in Little Falls, New York, and was the daughter of the late, Gary and Donna (Johnson) Shibley. Ruth attended Owen D. Young Central School in Van Hornsville, New York and graduated with the Class of 1979.

Ruth was united in marriage to Donald M. Laskowski in which she shared a union of many years until he passed away on August 26, 2007.

In her younger years, Ruth was employed with the ARC doing peace work.

Ruth was a Christian. She enjoyed crosswords and puzzle books and her cats, Butterscotch and Tillie, watching western movies, and listening to country music. Ruth had a heart of gold and would give anything she could to help others even when she did not have much herself. She could put a smile on anyone’s face. Ruth will be sorely missed by her family and everyone’s lives she touched.

She is survived by her beloved children, Laura Laskowski of Seoul, Korea and Emily Gugliemelli of Gloversville, New York; her cherished grandchildren, Jonathan, Aidan and Luna; special siblings, Gary D. Shibley, Jr. of Florida, Karen Rumrill and her husband, Robert of Oppenheim, NY, and Jacqueline Bailey and her husband, Mark of Hartwick, NY; many nieces and nephews, great-nieces and great-nephews; special friend, Heidi Garber; many special friends.

A spring graveside service will be held in Salisbury Rural Cemetery where she will be laid to rest with her parents.

The family is being cared for by Miller-Plonka Funeral Home, 3o Wolf Street, Dolgeville, New York 13329.

To leave a message of sympathy for the family of Ruth, please visit www.millerplonkafuneralhome.com and sign the guest book.