That Little Place on Main has added an ice cream window to their business.

That Little Place on Main has not only expanded the hours of their diner, but they’ve also added some fantastic new treats to the menu.

“When we first shut down during COVID, there was a grant program that came around and we applied for that. At the time, we figured that transitioning to anything takeout was going to be a good thing,” stated owner Gary Bowman.

He said that an ice cream parlor was something he had thought about for a long time, even from when he first looked at the building.

“It’s something that has been on the back burner for a long time.”

The Herkimer County IDA helped get the grant, which then allowed Bowman to purchase the equipment he needed for the back room.

Bowman said that he’s tough to satisfy and that he’s going to try it all.

The diner now has expanded hours, and the ice cream parlor has its own hours. “We’re in the process of getting more people on board. Once we do that, we’ll be able to expand the hours.” 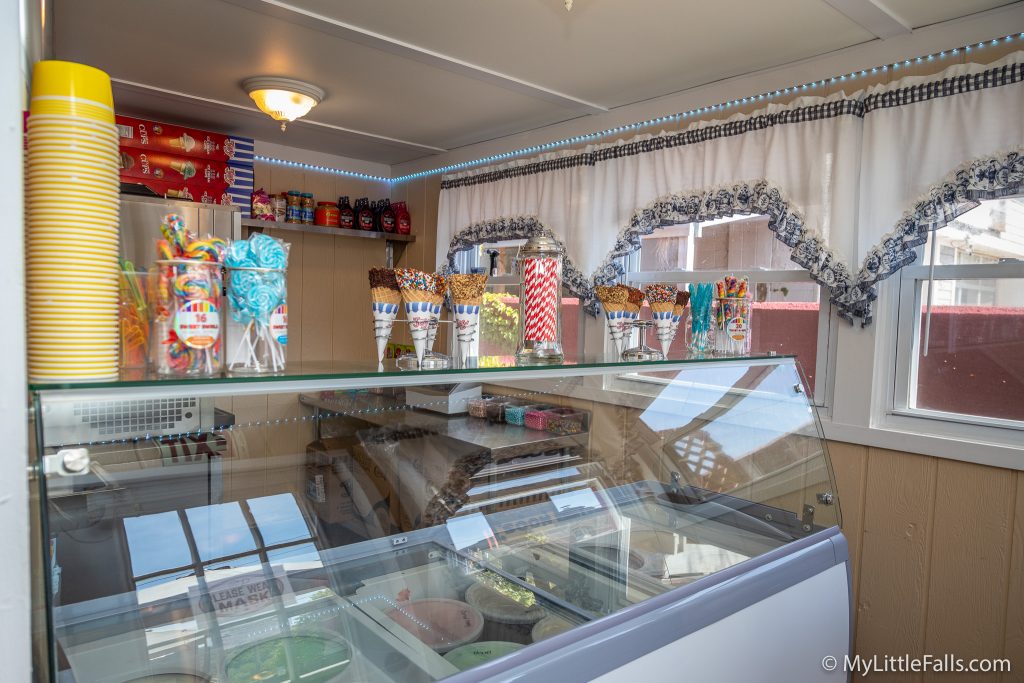 Photo by Dave Warner – The inside of That Little Place on Main showing the new equipment they’ve installed for their expansion into ice cream.

He said that you can have the ice cream indoors or out. “If you want to sit down with a nice fancy glass, you can do that.”

Bowman said some of the treats they’re planning on, will really require you to eat them indoors. “They just don’t present well in a to-go cup.”

“Obviously, anything we can do in-house, we can do a little nicer.”

He said that as they get more comfortable, and gain more experience with ice cream, they’re planning on adding to the menu. 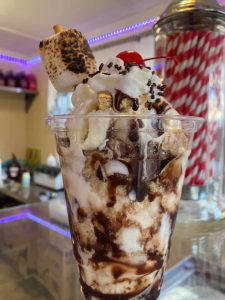 “We have a plethora of things that are coming out, from Italian ice, to chocolate enrobed frozen bananas, to ice cream sandwiches and shakes.”

Staff is key to all of these ideas – longer hours for the diner, evening meals, and a seven-day-a-week operation are all dependent on Bowman getting the right people to work for him.

“I’ve been scouting out talent for the last two years. I’ve been watching and I know the kids that come in and out. Some of them just jump in and help when we need it.”

He said that when he sees kids that are willing to take the initiative, “That stands out and these are things I remember about them.”

“I just want to teach them and then I can transition back to the kitchen where I belong,” he stated.

He said that he really appreciates the support he’s gotten from the community. “I know I say it in posts (on Facebook) but there’s really no way to say how much we appreciate everyone.”

“From the customers to the IDA, to Elaine Cobb, My Little Falls, Main Street First. Even the people that walk by. It’s really quite astounding the level of support that we’ve gotten from this town,” Bowman said.

He stated, “I don’t cut short the idea that another guy is going to move in up the road and do a way better job than me, so keeping that in mind, it always keeps me trying to better myself.”

“Make the plates better, make them come out faster, keep the presentation nice, even on a busy weekend, when we’re getting slammed,” he said.

Bowman continued, “We’re never really content with what we’re putting out, so I guess as long as we stay ‘not content’ we’ll always be striving to be better.”

For more information on the diner, you can find them on Facebook. They have a new page for the ice cream parlor on Facebook as well.