Why not open a restaurant in the middle of a pandemic?

Editor’s Note: Part of this interview aired last Tuesday night at 7 pm on My Little Falls Radio in the ‘Tiffany Talk’ podcast segment.

Sharon Dunphy and Richard Ruggiero, owners of Ruggiero’s Trattoria on Main Street in Little Falls, bought the Arthur’s Cottage Hotel & Restaurant on Main Street in Dolgeville at the beginning of last year, prior to the pandemic taking hold, and against a lot of odds, opened last month for business.

Dunphy said that “Running two restaurants during a pandemic is quite a challenge.”

They are running both locations at the same time and they start early in the day and prep food at Ruggiero’s and then head over to Arthur’s in Dolgeville in the afternoon.

She said that with COVID, everything just took longer. “For some reason, people would say, well our office is closed and we’re working from home, therefore, we won’t get back to you for weeks. They’re working at a different location, but nothing’s getting done. I don’t get that.”

For them, she said the lack of experienced kitchen help and availability of that help has been a challenge as well.

She said that since opening, the restaurant is doing really well. “Richard Ruggiero is really the mastermind of it all. Everyone who knows me and knows this whole process knows that I’ve said ‘but I want to retire.’ But now that it’s opened and it’s running, it’s great.”

Dunphy said that Richard enjoys taking abandoned buildings, fixing them up, and making them look beautiful. “He just loves doing that. Then I go in and hire the people and we just go. We’ve done it so many times.”

“We’ve added a fireplace to the dining room, but mostly it was cleaning and cosmetic things to do.”

Upstairs, there are two apartments that they fixed up first and then rented out so that they’d have income coming in before they opened.

Dunphy said that she has hired a great young staff and that they bring fresh insight to everything. “Everyone in Dolgeville has been so welcoming. I’m really glad that we did it. It’s been nice. It’s tiring, it’s hard running two restaurants, but this is what we do and it’s what we’ve always done.” 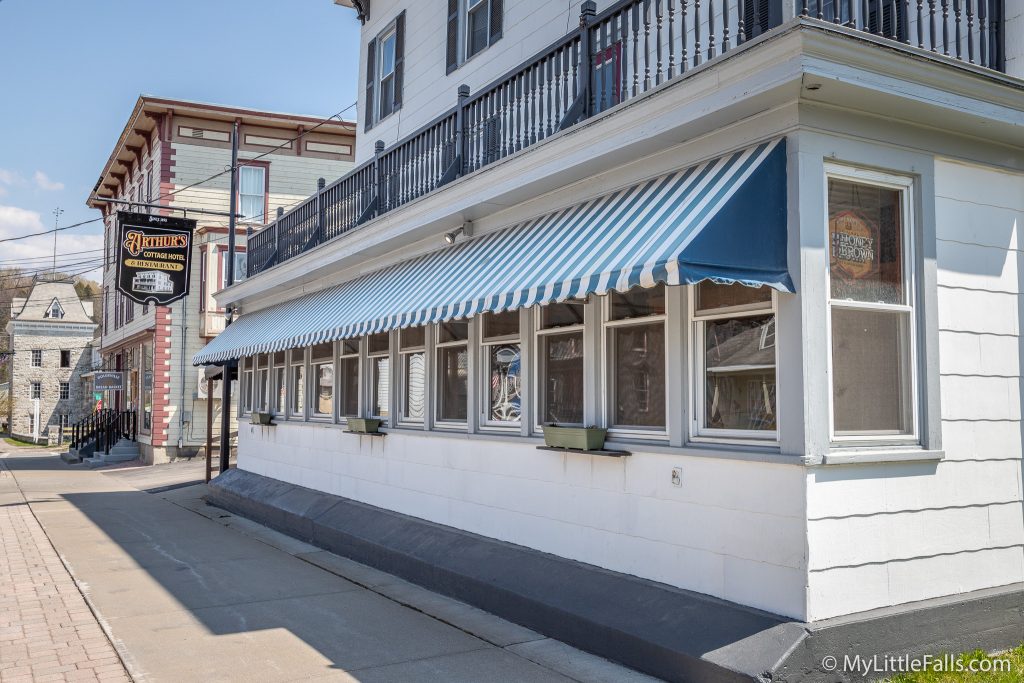 The pair used to own the East End Steakhouse on Main Street in Little Falls and had that establishment for almost 14 years. Dunphy said that running that location was a beast. “It was 365 days a year and no off days. On holidays, we would serve up to 900 people. We had over 40 employees at one time.”

She said that the location was iconic. “We had a lot of fun back then. We were younger back then. Now I work and go home.”

Arthur’s is currently employing eight people because they are still on limited hours because of the pandemic. She said the extended hours the state has allowed for bars really doesn’t help them that much. “You can’t have bar stools at the bar and you have to still eat food and keep six feet between people.”

Dunphy said that she can’t wait to have the bar open and have entertainment inside as well. Even happy hour would be great, “But you can’t do any of that stuff right now. People have still been coming and enjoying it and sitting there at their tables at the bar and having their night out. It’s just a different night out.”

“I think a lot of people go into the restaurant business because they think ‘I’m a really good cook and people like my food so I’m going to open up a business’. It’s not that. Like any business, you have to be able to work it yourself and sacrifice and put in the hours to make it successful,” she stated.

“Nobody is going to care as much as you do,” Dunphy said. 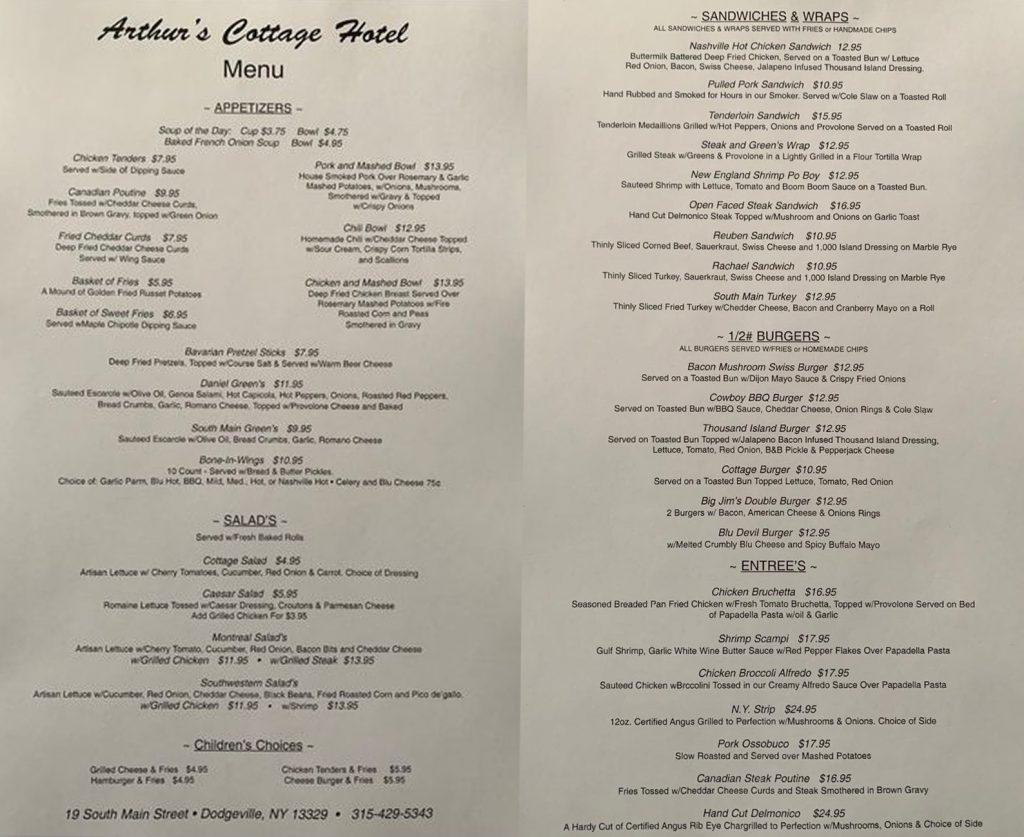