Malin gives thoughts about leaving after six years at MVCA

Jane Mallin, (left) sings with Julia Grippe during a Cabaret performance at the Mohawk Valley Center for the Arts in August of 2019.

Jane Malin is retiring after leading the Mohawk Valley Center for the Arts for the last six years and she wanted to share some observations about her time as Executive Director. “I was essentially trying to retire from SRA International, Inc. I was writing government proposals and grants and I got home one day and Kevin Mohalley (a previous Executive Director of the Art Center) gave me a call. Evidently, he and Sharon Collins had decided this is where I needed to be as they were looking for a replacement for Kevin.”

“I basically said you’ve got to be kidding and dialed the wrong number. I knew Kevin and Sharon and they were actively looking for an Executive Director, but I wasn’t looking,” she said.

Malin said that she decided to go down and talk to them because she had all of the business and grant writing background that they had been looking for. “So, they took a chance on me and here we go.”

She already had an extensive music background and was familiar with the arts. “One of the changes that I brought to the Art Center was my background in performing arts,” she said.

The Art Center had some financial problems when she first started and that was something that had to be tackled right away. Malin did a membership drive and then renegotiated all of their fixed costs. “We were able to cut expenses in half basically, and we started over. We kept our teachers and our classes going the best we could.”

Malin said that there were two documents that helped guide her. One was a community survey that had been very well done and the other was the board’s 2020 vision document, which was a five-year plan. 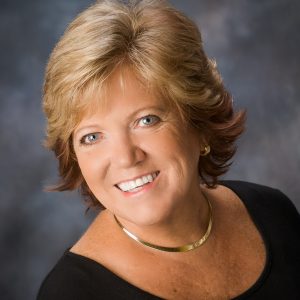 “The strategic plan became my Bible. Over the six years, we’ve been able to accomplish everything that is in the plan. I was pretty proud of that,” she stated.

Part of the plan was to grow membership and classes and move out into locations like high schools. “We did more workshops to bring in kids. STEAM programs and doing the youth art month exhibit every year in the gallery, as well as chalk art on the bridge, to keep the kids coming in.”

They’ve also expanded their art classes to locations like Alpine Rehabilitation & Nursing Center to bring the senior citizens into the mix. At some point, they’re also looking to take their classes to Valley Residential as well.

Now that the COVID rules have been lifted, they have a full slate of class offerings for the summer and fall.

Malin says that she doesn’t want to put any pressure on the incoming director, but she hopes that five or six years from now they are just bustling with classes. “An all day long, everyday kind of thing.”

One of the things that she launched at MVCA was called ‘Art for Health’. “Under that umbrella, I had Tai Chi, meditation, and Zentangle, plus healthy cooking. Those things were really needed, especially for the middle-aged group that is stressed out from working hard every day.”

Malin said that she always has people asking for piano lessons as well, and she’s excited to see that there is more interest in dance, with the films that are being made in Little Falls.

She said, “If we’re truly an arts center, then there are so many more things that we could be doing that we are not doing yet. We could have little satellite places in Dolgeville and Herkimer and push out into these other towns and grow it that way.”

Malin also said that she would love it if they had more space. “I cried when we lost the use of the Masonic Temple because that had a nice performance space and it had a big enough floor space that you could house a big cocktail reception and that kind of thing.”

She said that she also runs into people who have said they’ve never heard of the art center. “It’s better now, but it’s not fixed yet.”

Malin also felt like she had been able to walk the fine line between the business and art side of things. “You’ve got to have people who are willing to roll up their sleeves and do the work and you’ve got to have money coming in to support it.”

“We’re very fortunate. We started out with money problems five or six years ago and right now, money is not our problem. I’m not saying we can’t use more, we always can, especially for particular programs.”

She’s also proud of the fact that they weathered the COVID virus after having been closed for over a year. “We made it! That’s a huge statement and it’s only because we cared about the pennies. I’m really proud of what this team has accomplished. It’s been great.”

The last piece that she’s proud of is the fact that they were striving to finish their technology upgrade. “Thanks to the generosity and grant funding from UpVentures and work by Embella, we’ve been able to build the website, and we’ve put in the point of sale system, which has helped automate everything from the gift shop to being able to register for classes and the ability to accept donations online.”

“We’ve also automated the membership list and we now automatically send out the newsletters. This is all stuff we didn’t have before,” she stated.

The MVCA has been searching for a new Executive Director since Malin announced her intentions. Responsible for the administration of MVCA and reporting to a volunteer Board of Directors, the Executive Director will guide the organization’s achievement of its mission and strategic plan.

If you are interested in the position, go to: https://www.mohawkvalleyarts.org/wp-content/uploads/2021/06/Job-Posting-2021.pdf